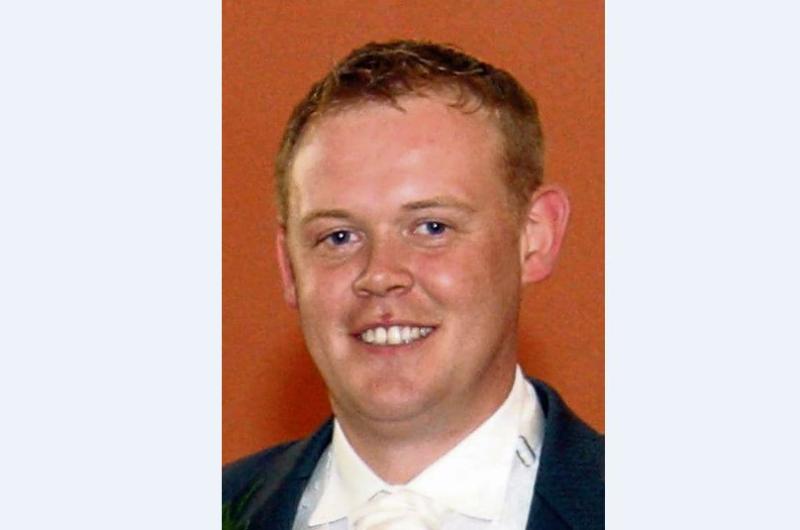 Tributes have been paid to the Ardara native who died in a farming accident earlier this week.
Tommy Feeney died in a farming accident on Tuesday close to his home near Castleblayney in Co Monaghan where he ran a farm.
The son of John and Noreen Feeney, the father of two - who was in his 30s - had settled in Monaghan where his wife Niamh is from.
Ardara GAA club paid tribute to Mr Feeney in a social media post yesterday describing him as “a hugely popular lad” who had “a smile and a quick wit”.
As a footballer, “he always left everything on the pitch and was a talented half-back who was as tough as nails and was always one of the mainstays of each under-age team he played on,” the club said.
Although he had moved to Monaghan and had previously spent time in London, he kept in touch with his home town.
He was last home to support his sister Grace in Ardara’s recent championship victory against Naomh Muire.
An electrician by trade, he had set up his own business.

He was also well-known in sheep breeding circles.
The Suffolk Sheep Society South of Ireland Branch paid tribute to him.
“Our thoughts and prayers are with his wife and young family at this sad time,” it said.
As well as his parents, he is survived by his wife Niamh, daughters Aoife and Maria, sisters May (Gallagher), Carmel ( Campbell ), Catriona (Gallagher ), Jacinta, Edel and Grace.

Reposing in Deery's Funeral Home, Carrickmacross, on Thursday evening from 5pm until 8pm.

Funeral Mass on Saturday at 12 noon in St Michael's Church, Corduff, with burial afterwards in the adjoining cemetery.

Due to HSE restrictions, the funeral will be for family and friends. Funeral may be viewed on the St Michael's Church Corduff website.