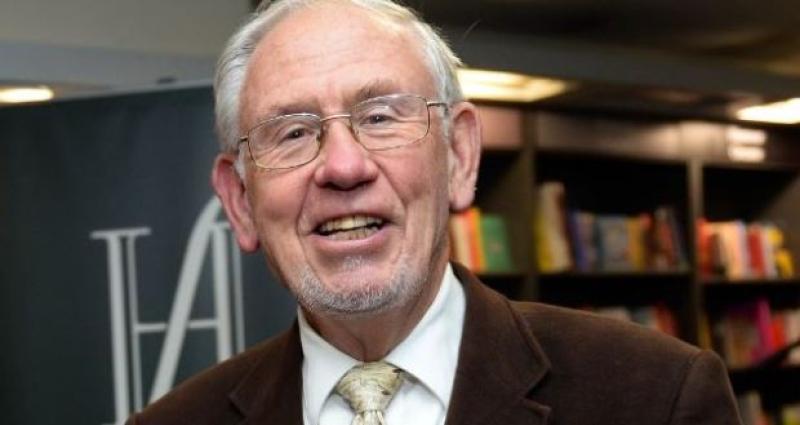 The director of the MacGill Summer School has said the manner in which the school is run this year will revolutionise the Glenties-based event for the future.
This year’s event, which begins tomorrow, Wednesday, will be in digital format due to the pandemic.
Dr Joe Mulholland said speakers from across the globe, from as far away as New York and Kabul, will be able to participate in the anticipated talks while in other years it may have proven difficult to bring them to Donegal.
The event is one of the most important platforms in Ireland for the analysis of topics of national and international interest and has again attracted some hugely influential figures.
Among the speakers will be Dr Mike Ryan, executive director at the World Health Organization, former British foreign secretary and president and CEO of the International Rescue Committee, David Miliband and Taoiseach Micheál Martin.
The theme of this year’s event is: “A Threatened Planet: Recovery From The Pandemic Must Be Built On New Values And A New Vision.”

Mr Mulholland said he welcomed being able to bring speakers of such a high calibre to the table but admitted there may be parts of the discussions that will be missed.
“You still miss the personal contact with people and people being able to chat to each other after the session. That is the reason I have tailored the school, this year, to be more humane, to be more, I suppose the word in French is sympathique, to be kinder and so on. That is why quite a few are just single speakers and are in a conversation,” he said.
The former editor of current affairs and director of news at RTÉ, Dr Mullholland said he feels the conversational manner will relax the speaker and make it easier for people to interact with them.
“I think it is more digestible for the audience. I mean the thing is you can’t sit watching people deliver quiet heavy lectures, maybe … You can dip in and out more easily to people who are telling their own story or telling you how they see the world, in their own personal way,” he explained.
He sees the new approach as being the catalyst for a change of approach at the MacGill Summer School: “I think you would have the added advantage of using online to bring people in from abroad but you still have your audience listening to them and reacting to them in the hall in Glenties. Those are all things that will come out of this. It is quite revolutionary,” he said.
The summer school has been a source of innovative thinking on a range of social, economic and political ideas. Government ministers, parliamentarians, heads of industry, leading doctors, trade union leaders, economists, sociologists, church leaders and many more great minds have contributed to the discussions over the years.
As well as the Taoiseach, Mr Miliband and Dr Ryan, other high profile speakers will include Ireland’s permanent representative to the UN Geraldine Byrne Nason, the University of Limerick chancellor and former Tanáiste, Mary Harney and RTÉ journalist and broadcaster Olivia O’Leary.

Background
Founded in 1981 in Glenties, the MacGill Summer School celebrates the memory of local writer Patrick MacGill who wrote in the early 20th century on the social conditions in Donegal, the plight of migrant workers in Britain and the horrors of the Great War in which he fought as a soldier of the London Irish Rifles.
The event will take place from October 27 to 29. Tomorrow, Wednesday, will see the official opening of the MacGill Summer School by Dr Joe Mulholland at 10am.
At 10.05am the pandemic and the cost associated with it will be discussed by Dr Mike Ryan, Professor Mary Horgan of the Royal College of Physicians, Professor Kingston Mills of Experimental Immunology at Trinity College Dublin who will be in conversation with Dr Rhona Mahony, former master of the National Maternity Hospital. The discussions on the pandemic continue at 11.30am with the economic ramifications of the pandemic being analysed while Mr Miliband will discuss providing relief for those suffering from conflict, war and disasters with journalist Olivia O’Leary at 12.30pm. The event tomorrow will also feature music from Donegal.
Please see www.maggillsummerschool.com for further information on speakers and discussions.