The operator of a tourism boat service has called for disabled access to be installed at a Donegal pier that serves boat trips to the Sliabh Liag cliffs, after a series of minor accidents.
Paddy Byrne, who operates Sliabh Liag Boat Trips, says a lot of people are unable to access the boat service because of the hazard of the steps at the pontoon at Teelin pier.
Mr Byrne, who has been running the service since 1995, says the steps to the pontoon vary in height and are constantly moving as the tide rises and falls.
Using the steps is “difficult for able-bodied people let alone the disabled,” he said.
“We have had quite a few minor accidents where people have tripped and fallen and in one case one gentleman had to be airlifted to Sligo hospital.” 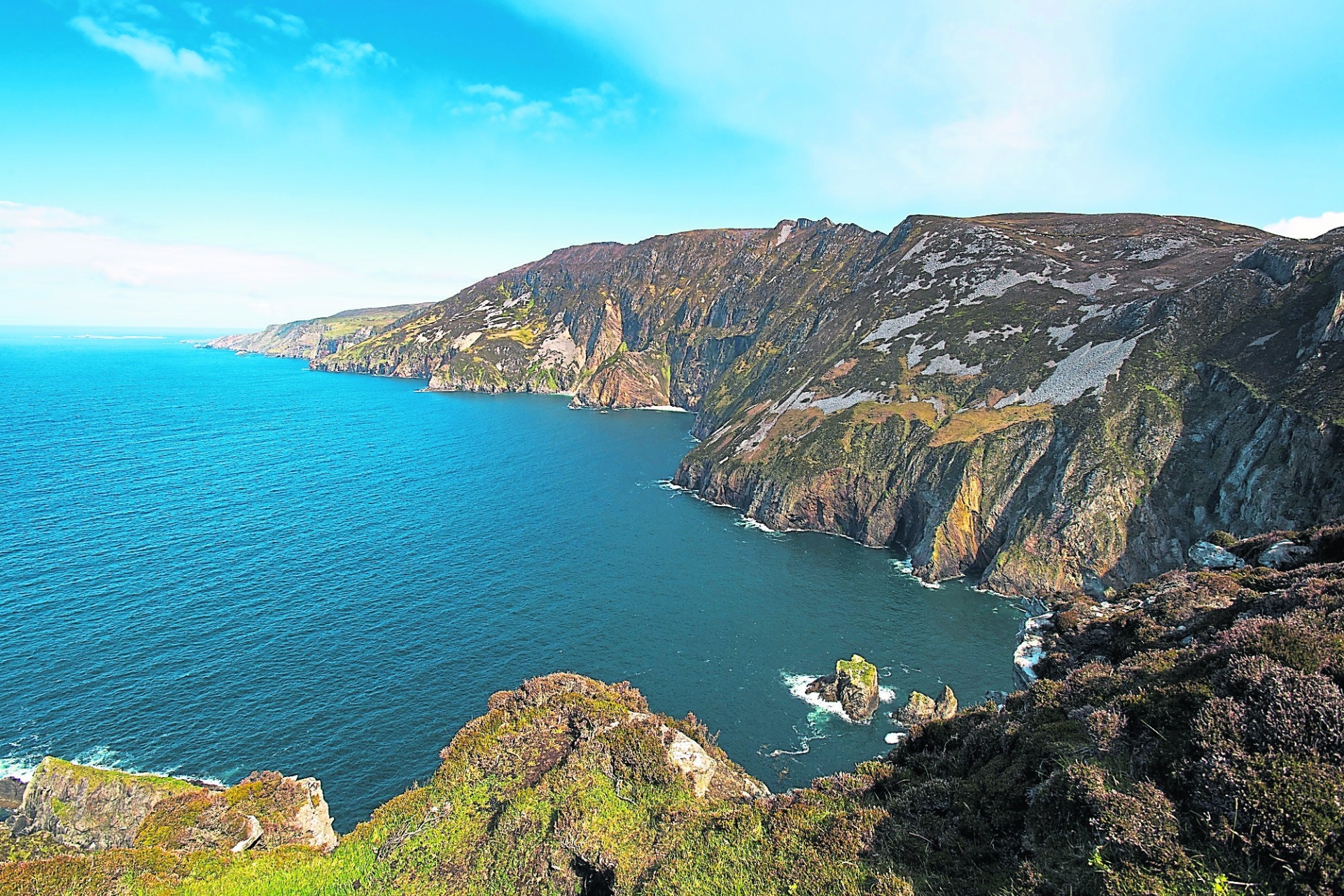 He said Rosses Point and Mullaghmore in Sligo, which have similar tidal ranges to Teelin, both have ramps to their pontoons and he is calling for a ramp to be fitted to the pier.
“We can take wheelchairs on board if the tide is high enough to lessen the step height, so a wheelchair can travel over them but this still requires assistance and in these times of social distancing it is not always practical,” he said.
“I would like to see a proper ramp installed at Teelin pier where everyone can access the boats without much difficulty.”
He said the pontoon is a great asset to the area but he feels it is not reaching its full potential.
“A lot of people are not getting on the water because of the steps,” he said.
County councillor Michael Cholm Mac Giolla Easbuig said he has contacted council officials about the issues at the pontoon and asked them to meet Mr Byrne.
He said: “It is important for the service that Paddy Byrne gives that we are not discriminating against anybody at all. He has the capacity to take wheelchair users on his boats but due to the fact we don’t have proper facilities at the pier, he can’t.”
A spokeswoman for Donegal County Council said it installed a pontoon and a set of sea stairs, that remain level with the rise and fall of the tide, at Teelin pier in 2015 “mainly to support a charter service bringing tourists angling and to view the cliffs of Sliabh Liag”.
The pontoon also has improved access for all other boating and marine activity in the area, both leisure and commercial, she said.
“The measure at the time was designed to meet the needs of all the users of Teelin pier with the available quay space that could be afforded to the development,” the spokeswoman said.
“The provision of a disabled gangway was indeed considered at the time of design, however, it was ruled out because of the impact it would have on the remaining section of quay wall and consequential impact on other pier users,” she added.
She said leisure activity at Teelin pier has increased in recent years and the council is willing to engage with all pier users in the area to determine what further developments are necessary at Teelin pier and if a disabled access gangway is feasible.