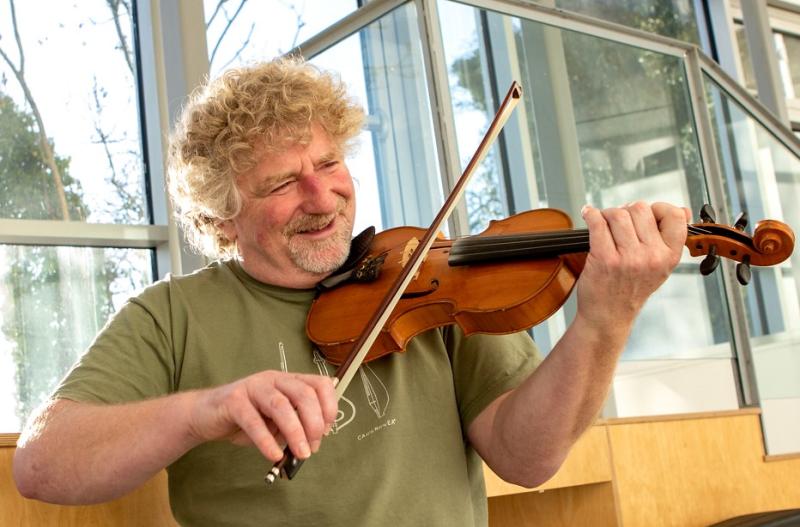 A night of chat, music and more is promised at Monreagh Community Hall, Carrigans, on Wednesday night, November 24.

It’s “A Night of Ulster Scots” and it features several special guests, including poet and storyteller Ian McCracken, musicians Stuart Buchanan and Martin McGinley, and the ‘flaxman’ himself, Colm Clarke.

It starts at 7pm, and all are welcome. Tickets are free and can be booked on the eventbrite.ie website by searching under ‘Donegal’.

Kieran Fegan of the Ulster Scots centre at Monreagh said the night is being organised as part of Ulster-Scotch Leid (Language) Week. The aim is to have an enjoyable and informal night out.

“We’ve delighted to have a great line-up of guest performers and we’re hoping to involve the audience as well to have a night of music, songs and chat, and maybe even the odd recitation,” he said.

Ian McCracken is a poet and storyteller with keen memories of the characters and events over the years in the Laggan.

Stuart Buchanan is well-known as a performer on accordion and fiddle, and also a noted baritone. He has family connections with both President James Buchanan and the ‘Father of American Presbyterian’, Rev Francie Makemie, born in Ramelton in 1657.

Martin McGinley is a well-known fiddler and a former editor of several local newspapers in the north-west. Originally from Raphoe, he now lives in Ramelton.

Colm Clarke is an expert on an industry which was once very important in the Laggan, flax. He also has a keen interest in local history.