Filming has been underway in the area in recent weeks 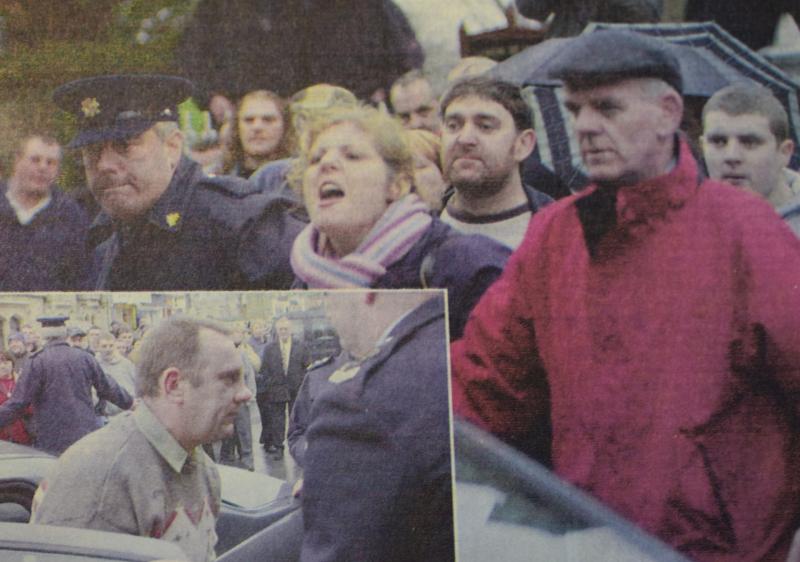 Filming of a documentary which recalls the shocking murder of Donegal woman Dolores McCrea is currently underway in the south of the county.

The documentary, understood to be commissioned for Independent Television News, will revisit the horrific events of January and February 2004.

It will recall how a missing person inquiry turned into a murder investigation after human remains were found in a fire outside the family home.

The victim’s husband Gary McCrea was subsequently charged with murder. He was found guilty and remains in prison.

It is understood that Dolores McCrea’s family have given their support to the documentary being filmed.

The father-of-four was jailed for life for murdering his estranged wife and burning her remains at the back of the family home.

The jury of nine men and three women took just over four and a half hours to find McCrea (who was 40 at the time), with an address at Ballybulgan, Laghey, guilty of the murder of his wife Dolores (39).

People in south Donegal will never forget the shock and horror that permeated every aspect of local life following the revelation that McCrea had murdered his wife.

The first inkling that something was amiss in the quiet villages of Ballintra and Bridgetown came with a missing person’s appeal in January 2004.

Dolores McCrea was missing from her home and there were concerns for her safety.

She had last been seen getting into her car at her Ballintra home and setting out to play darts in Donegal Town on Tuesday, January 20.

She was reported missing on Wednesday afternoon and the investigation got underway.

A major search was initiated on Thursday morning. It led to the remains of a bonfire being discovered at the family home in the townland of Ballybulgan where Mrs McCrea had lived with her husband for around 18 years, up until the breakdown of her marriage some months earlier.

Initial investigations confirmed the presence of human remains at the site of the fire.

Tragically, the remains were later identified as being those of Mrs McCrea, and her husband was arrested.

He was charged and was found guilty of her murder, and was subsequently sentenced at the Central Criminal Court in Dublin in November 2005.

It is expected that the documentary, which revisits the shocking events and is in the closing stages of filming, will air in 2022.