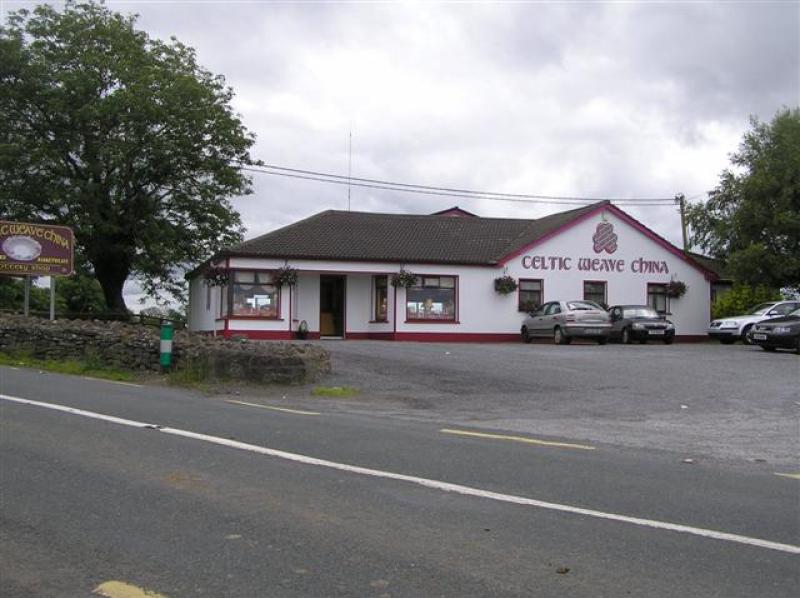 A Donegal councillor is calling for urgent safety measures including a footpath to be placed on a busy national route in Donegal.

Cllr Michael McMahon (SF) put down the following motion at a meeting of the Municipal District (MD) of Donegal: “That this MD look at the road at Clyhore to consider a small footpath from Rock Field School to Straddle Filling Station and also the road junction.”

Cllr McMahon told fellow councillors and council officials: “There is a big population there and a school there. People are in danger of getting knocked down.

“We need a small footpath on the right hand side coming out so they can go to the shops and into Belleek. It is an accident waiting to happen.”

He gave examples of a number of particularly dangerous stretches along the road, including two bad corners near Celtic Weave.

“The area has been neglected a lot,” said Cllr McMahon. “The grass is not cut and the fence is down coming over the bridge.

“There is a small community group operating there. They would be prepared to help with cutting the grass, painting the fence, cleaning a small footpath.

“It is something that we need to tackle. It is a national primary route with a lot of heavy duty traffic.”

The councillor said there were second and third class roads that were better serviced.

“People there feel they are not getting what they deserve,” he said.

“It wouldn’t take that much to clean it and put kerbs down so that people would be safe.”

Referring to an inquest into a tragedy in the area where a young man died after falling into a deep drain, Cllr McMahon pointed out: “The Coroner said there should be some repairs done on that road.”

He added that the lighting system was also very poor.

“Maybe we could get something done there as regards the safety of the people,” said the councillor. “Start off with the footpath and take it from there.”
The motion was seconded by Cllr Noel Jordan (SF).

“It falls into the category of Active Travel,” he said.

“We are getting feedback that footpaths on national roads outside speed limits is not something they are promoting.”

Regarding an area known as Donaldson’s Corner, Mr Sweeney said that was perhaps something that could be looked at.