Funeral to take place on Tuesday of John Dunne, Letterkenny

Sadness at death of retired businessman 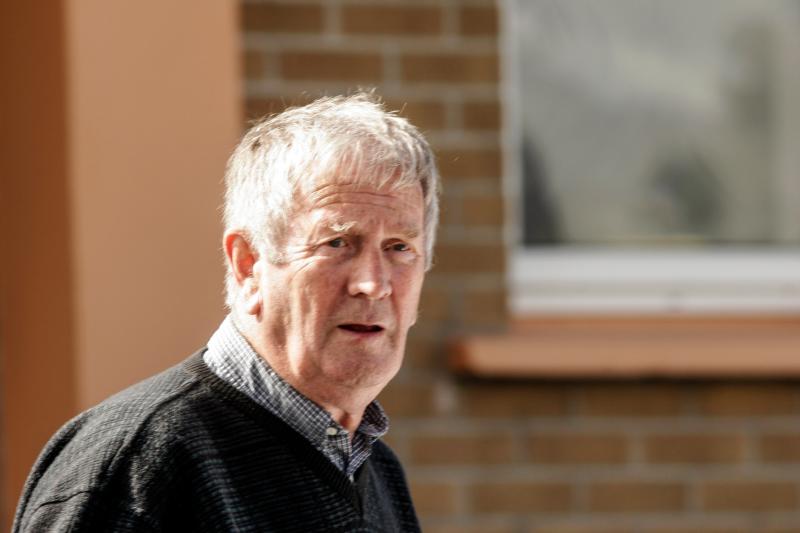 A well known and very popular member of the local community, Mr Dunne was a successful businessman who ran the well known grocery story, Dunne’s of High Road for many years.

He died suddenly on Saturday at Hillcrest Nursing Home in Letterkenny.

A native of Birr in Co. Offaly, John was a young boy when he moved to live in Letterkenny back in 1944 along with his parents Patrick and Kathleen (née Browne, Termon) and his five siblings.

He played an important role in community life in the town, and news of his passing at the weekend was met by deep sadness by all who knew him.

He was predeceased by his daughter Niamh, his brothers Dennis (Illistrin), Paddy (Chicago) and sister Sr Mary (MMM).

John is survived by his wife Nora (nee Canning), his daughters Nessa McGahey, Ailbhe and Eimear, his brothers Michael (Illistrin) and Eddie (Montegro), sons in law Keith and Rob, grandsons Arlo and Oisin and a wide circle of extended family and friends.

John's remains are reposing at his late residence. Funeral from there on Tuesday morning for requiem Mass at 11am in St. St. Eunan's Cathedral, Letterkenny, followed by burial in Conwal Cemetery.

Funeral Mass can be viewed on the church webcam

Family flowers only, donations in lieu, if desired, to Hillcrest Nursing Home comfort fund care of any family member.