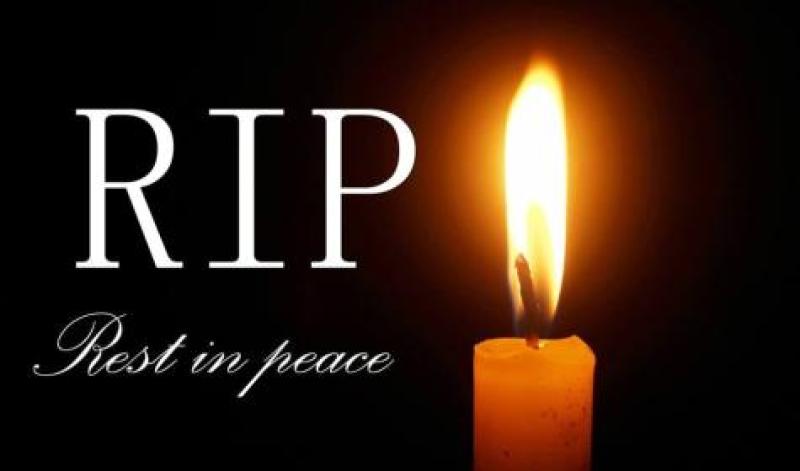 Funeral Mass will be live streamed via https://churchtv.ie/stjosephs

Covid restrictions apply at all times with mask wearing, social distancing and no handshaking. Condolence messages may be placed in private at www.feehilys.ie, below or by traditional manner. Family flowers only, donations in lieu, if desired, to North West Hospice Fund at www.feehilys.ie/pay. Family home private please.

Remains will repose at his home. Due to Covid restrictions, house private to family, neighbours and close friends. Requiem Mass on Friday, January 14, at 11am in St Brigid’s Church, Golan. Burial afterwards in Milford Cemetery.

Reposing at her home. Funeral from there on Friday morning at 12.30pm to St Conal's Church Kilclooney for 1pm requiem Mass with burial afterwards in the adjoining cemetery. Family, neighbours and friends welcome.

Please adhere to all Covid guidelines while attending the wake and funeral.

The death has occurred at his home of Michael Kearney, Moress, Inch Island and formerly Downpatrick, Co Down.

Beloved husband of the late Patricia, much loved dad of Michelle, Jonathan, Patrick and Michael and dear brother of Kathleen Millar. Deeply regretted and will be sadly missed by his daughter, sons, grandchildren, sister, extended family, friends and neighbours.

His remains are reposing at his residence. Removal Friday morning January 14 at 10.15am to Our Lady of Lourdes Church, Inch Island for Requiem Mass at 11am. Interment immediately afterwards in the adjoining cemetery.

The wake is strictly private to family only.

Family flowers only, donations in lieu, if desired, to The Oncology Unit at Letterkenny University Hospital c/o any family member or Shaun Murphy Funeral Director.

Michael's Requiem Mass will be recorded and can be viewed on Inishowen Funeral Services Facebook page and YouTube page later on Friday evening.

Remains leaving River View House on Friday at 10.30am for funeral Mass at 11am in St. Mary's Killymard with burial immediately afterwards in adjoining cemetery.

Due to Covid-19 restrictions & HSE guidelines, house private to family and friends, please.

His remains are reposing at his late residence. Rosary on Wednesday & Thursday night at 8pm on Paróiste Ghaoth Dobhair Facebook page. House strictly private to family only.

Funeral Mass in Teach Pobail Cholmcille, Cnoc Fola on Friday at 11am with burial afterwards in the adjoining cemetery.

Social distancing and wearing of face masks is required at the funeral in line with current regulations.

Removal from there on Wednesday at 6.30pm to arrive at Church of Mary Immaculate, Stranorlar for reception prayers at 7pm, and to repose overnight.

Funeral Mass there on Thursday at 11am followed by burial in the family plot in Drumboe Cemetery.

His remains are reposing in McGlynn's Funeral Home, with removal at 6pm this evening going to the Star of the Sea Church, Annagry where he will repose overnight.

Removal from his family home by Glennon's Funeral Directors on Saturday, January 15 at 2.45pm to arrive at Mount Jerome Crematorium, Harold's Cross for a cremation service at 4pm.

Viewing in the Eternal Light Chapel of Rest, Mountain Top, Letterkenny on Wednesday was followed by removal at 5pm going to St Michael’s Church, Creeslough to arrive at 6pm to repose overnight.

Reposing in Jennings Funeral Home, Oscar Traynor Road, Coolock, Friday 14 January 2022 from 3-5pm for family and friends. Removal Saturday 15 January to the Church of St. Fintans, Sutton for 10am Funeral Mass followed by burial in Fingal Cemetery. Family flowers only by request.

The Funeral Mass can be viewed Saturday morning at 10 am via the following link: https://www.mcnmedia.tv/camera/st-fintans-parish-church-sutton-dublin

The peaceful death has occurred in her home in Glasgow of Sadie McDermott (née McGowan), formerly of Arranmore Island.