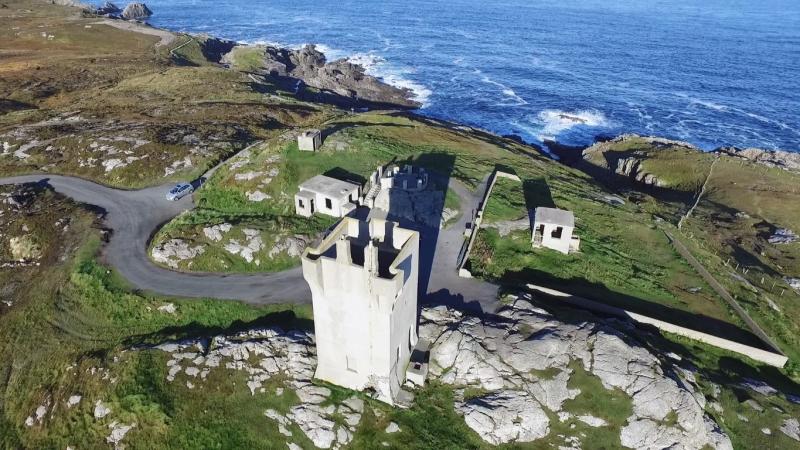 Concerns have been raised regarding the slow progress on the proposed Malin Head Visitor Centre project.

Cllr Doherty said: “I noted our Chief Executive and [Head of Finance] had been cautionary and careful with their language on the day. We should have a more concrete or fixed idea of what is occurring in, at and for Malin Head. We need updates on that.”

Killian Smith, Donegal County Council's Executive Planner confirmed there had not been a Malin Head Visitor Management Plan meeting with the steering group this year.

Cllr Martin McDermott (Fianna Fáil) said a meeting should be held as a matter of urgency.

He added: “We still have not had a meeting and we are well into the New Year. I think that it is urgent that we have a meeting and I am not going to keep repeating myself in relation to Malin Head but, Chief Executive, I have said this on a number of occasions, I really feel that it needs a permanent person dealing with this project.

“At this stage, we have all been involved in this project for years. I have been involved since I came into Council. It is six or seven years now since the project started. It certainly needs a driver and I personally don't think at this particular moment in we have a driver for it.

“I think it needs somebody to work on it on a full time basis, to deliver it. I think the Malin Head visitor centre is such a vital project, not just for Inishowen but for the whole of the county, especially with the Wild Atlantic Way, and especially now with people are holidaying at home.

“It is going on way, way too long and it needs to be dealt with. I am urgently requesting a meeting with senior Council officials in relation to Malin Head,” said Cllr McDermott.