Did you know there was an old handball alley just underneath a Donegal bridge?

A unique part of Donegal history that involves both a now defunct one wall handball alley and one of the busiest bridges in the county will be featured on RTÉ television this evening, Monday.

Droichid na hEireann, is a six part series on RTÉ One which tells the story of Ireland’s beloved bridges.

This week the programme will feature Bundoran's main bridge on Monday, February 7 and will include a chat with local GAA legends Brian McEniff and Seamie Granaghan about the history of GAA handball in the area. 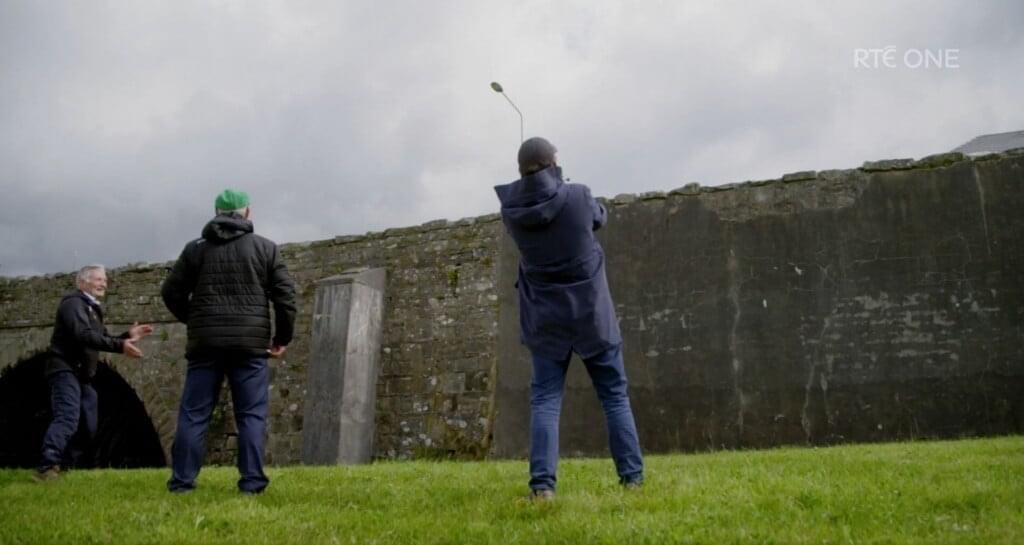 (Still pics thanks to RTE)

Less well known is that handball formed an important backdrop to developing their motor skills when growing up in Bundoran.

The episode that will air this Monday at 7.30pm will feature Brian and Seamie who will play a game of handball with host Lochlann Ó Mearáin at Bundoran Bridge, under which the Bradóg river flows.

Handball was played here for many years at that location and the flat wall is still in place to this day. 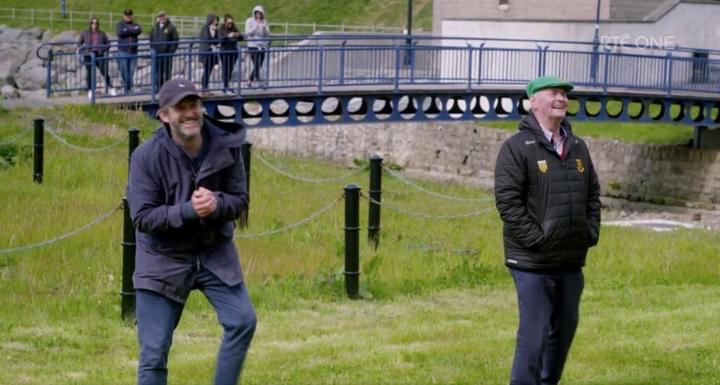 Attempts to revive the alley some years back were unsuccessful after it was revealed it would be the location of a new pump station for Irish Water's new filtration system located at the Ross.

The alley floor was covered over in the early seventies following a decision by the then Bundoran Urban District Council.

The only other handball alley in south Donegal and happily still operational is the handball alley at the Mall in Ballyshannon which is a credit to the hard work of Barry Sweeny and Ballyshannon Regeneration Group and individuals such as Denis McGuinness, Robert Lawne and Michael Gallagher.

The late Gerry Gallagher was also a big supporter in supporting the revival of the handball alley.

The episode will air this Monday 7th February at 7:30pm on RTÉ One and will be available afterwards on RTÉ Player.