Stranorlar school will be a state-of-the-art facility 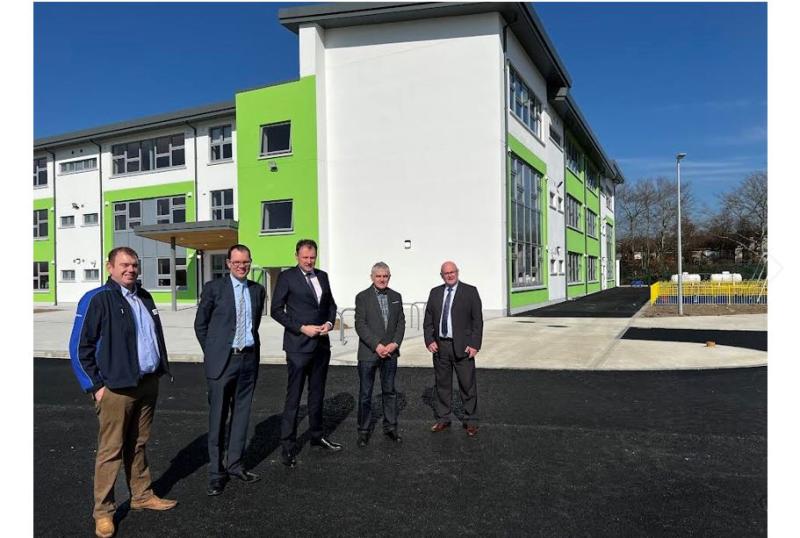 Minister McConalogue and guest on the tour of the new school

Minister for Agriculture, Food and the Marine and Donegal TD, Charlie McConalogue, visited the new St Mary’s National School building project in Stranorlar recently in advance of its completion. The Minister was joined on the visit by local-based Cllr Patrick McGowan.

The school project is nearing completion, with staff and pupils expected to move in in the coming months. The multi-million euro development will consist of 24 classrooms, a PE hall, a suite of resource rooms, and modern facilities inside and outside the building. 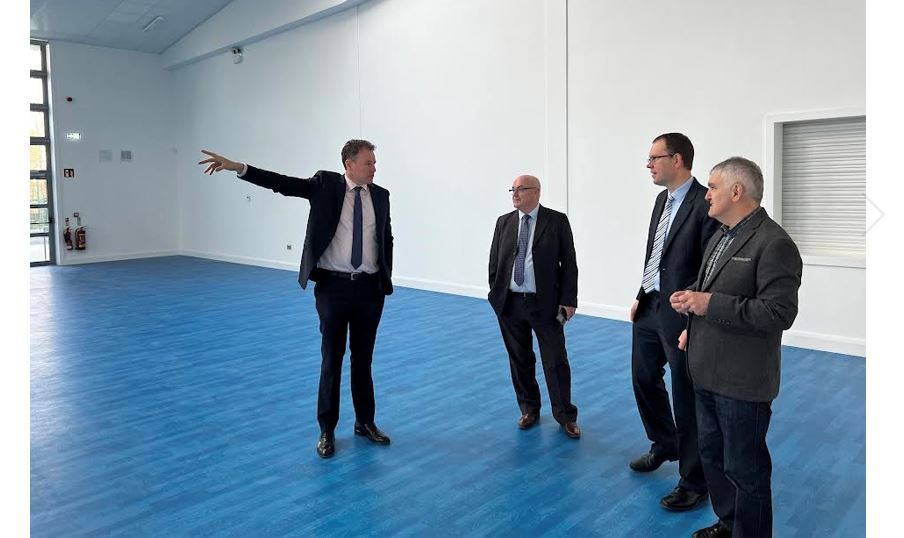 The students and pupils will move from their current school building which has exceeded the capacity to a state-of-the-art new building. The move into the new building will come after recent confirmation that St Mary’s NS has been granted DEIS status by Minister for Education, Norma Foley TD under a newly expanded plan.

Commenting on his visit, Minister McConalogue said it was great to visit the nearly-completed building project with Cllr Patrick McGowan.

"While at the school we met with Boyle Construction who is leading the build, project manager Brian McElhinney, board of management member Frankie Quinn, principal Eoghan Roarty and PJ Designs who are working on finishing touches. 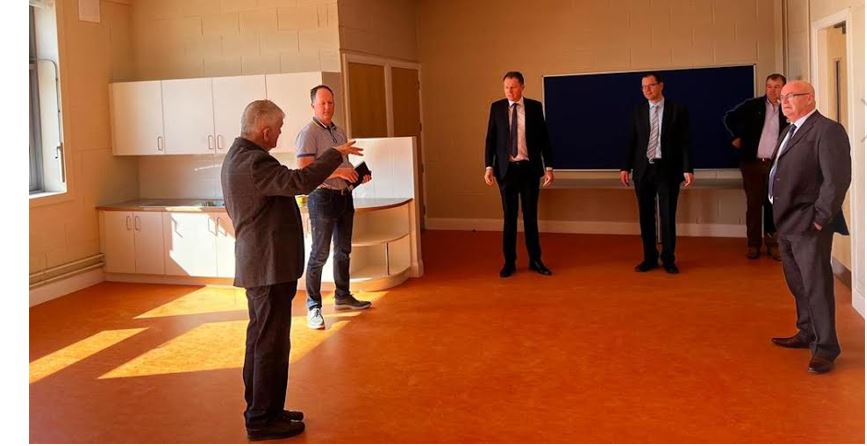 The visitors learn about the facilities on offer

"It is fantastic to see this project reach fruition and it will have an enormous positive impact on students, staff, and the school community. Congratulations to Eoghan and all his team and I wish them the best with the move in in the coming months.

"Congratulations to all involved in the project including staff, parents, students, board of management, the local community, building and finishing teams, and Cllr McGowan.”