A number of main routes affected 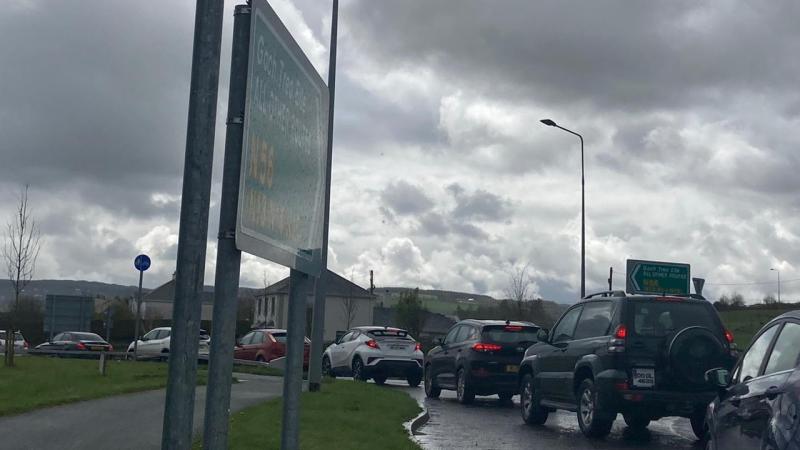 There was very heavy traffic in parts of Letterkenny this Tuesday evening with a number of main routes affected.

The heavy traffic on the Tuesday after the Easter bank holiday is now an annual problem in the town, and today is no different.

Already this lunchtime, traffic was backed up out as far as the Glebe on the main Ramelton road. And while the traffic was moving, it was very slow. By 3.30pm, the traffic remained very heavy.

This evening (5.30pm), there were long queues of traffic with the evening rush hour adding to the problems.

There were long queues also in the Kiltoy area with traffic coming in off the main Ramelton road.

There were build-ups too on the Business Park Road as far as the Kiltoy Roundabout.

The town centre itself was relatively quiet in terms of traffic.

Gardaí eager to establish who damaged traffic cones ahead of event

Motorists were advised to expect delays if approaching from the Ramelton direction. The heavy traffic eventually began to ease shortly before 6.30pm.

It’s thought the heavy traffic is down to a combination of having more people on the roads during the Easter holidays, and holiday home and caravan owners returning to the North after the bank holiday weekend.