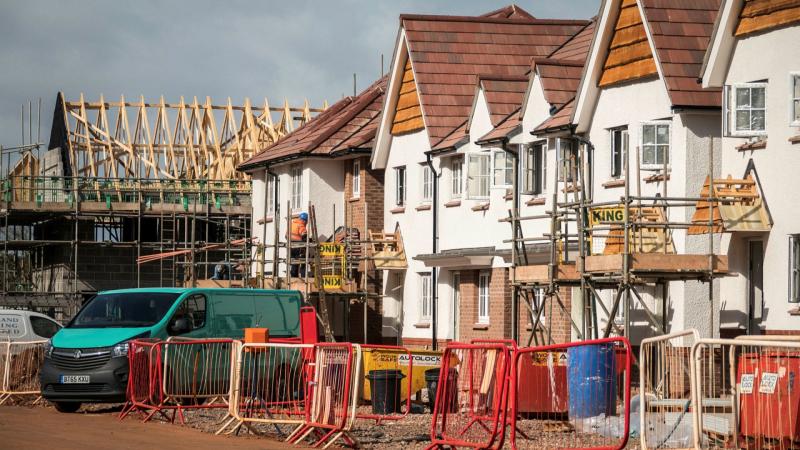 The housing crisis in Donegal has forced Donegal's county councillors to demand immediate action from the Government.

They say there's too much bureaucracy, red tape, no forward planning or sense of urgency, not enough being done for council mica tenants, and a failure to plan for future generations.

A number of housing motions were combined at Monday's meeting in the Aura Leisure Centre in Letterkenny to highlight the problems.

Cllr Patrick McGowan's motion called for the immediate setting up of a dedicated housing section to acquire land in the main towns so as to expedite social and affordable house building which is not progressing well at present.

He said when he tried to get senior staff in the housing section to talk they were tied up with mica yet there was a housing crisis that had to be dealt with too and long waiting lists that were getting longer by the day.

He said he spoke to the taoiseach, Micheál Martin during a recent trip to the county about the problem. He told him about the actions they were taking in Cork.

"They were getting on with it but we're at the paper stage here. It's all trial and theory. I've asked engineers about the land they were trying to get in Ballybofey-Stranorlar but because they are in negotiations they won't give details or prices.

"It reminds me of being at a council meeting 20 years ago with the late Cllr JJ Reid. he was telling the council at that time to buy land, there's no better time.

"When developers or the council come in they are told to start in the middle and work out yet in the Twin Towns the last two housing developments built by the council are over two-mile apart, one opposite St Joseph's Hospital and the other up the Donegal Road.

"We have a load of land zoned but the owners have no intention of building on it, they are just going to sit and wait for the price to go up."

"By the time we do what I am asking for today will take years. I don't get the sense we are moving things forward to even acquire sites and get planning permission. It seems to take years."

He added he wanted to know how many of the council's housing section staff was working on mica, housing construction, housing allocations, casual vacancies, and grants. Some days some are working on housing, other days in the corporate section. That must be frustrating.

"I thought in the middle of a crisis the one thing we would be doing is fast-forwarding emergency works. The Government and the department say the money is there but I don't get any sense of urgency here or real prospect of delivering," he said.

Cllr Paul Canning said they had a high mica population in Buncrana but also a council policy that appeared to be sterilising hundreds of acres of ground there.

"We seemed to be bogged down with paperwork and not enough happening on the ground, even though

"We have people who want to build in Buncrana who are from Buncrana, so were their parents and grandparents; they went to school there, they work there but they can't get building there. They are willing to employ their own contractor and build their own house on their own land, but because of one line on a development plan that's being read differently, they can't. We need to get past the bureaucracy in this council."

Cllr Ian McGarvey said they had a waiting list in Letterkenny of 1,100 while the Letterkenny-Milford Municipal District had more housing applicants than it had stock. He estimated it would take €90 million to provide additional stock for the demand in the area.

"We have to forcibly demand a discussion with the department. Let's raise it there because this is only a talk shop," he said.

Cllr Liam Blaney said no houses had been built by the council in the Milford area for over five years now and along the coast, people were buying up the house that became available for holiday homes.

"Seaside towns should be prioritised and get people into houses. What's happening is not right. People are jammed up in houses with their parents and grandparents and no houses for them in the foreseeable future."

Cllr Albert Doherty claimed the Government's housing plan was failing It was missing deadlines but subsidising investors and developers.

"Donegal merits special attention in relation to housing. Finding accommodation availability in the private rental sector is like looking for hen's teeth. The knock-on county impact is that young families can't access housing. The rental sector has them priced out of it and the profound housing crisis is a result of a decade of failure to build social housing or resource social housing provision and this inaction has created a perfect storm in housing supply," he said.

He added the mica issue and the fact there was no information coming from the council to affected council tenants was something they also needed to attend to. he said it was important the council supported the call for pre-legislative scrutiny in relation to the forthcoming mica scheme upgrade on June 7.

"We have 7,500 vacant properties in this county. We need social housing targets, proper land acquisition, and 633 housing needs in the Inishowen area alone. Some 65% or 412 of that 633 is looking for one and two-bedroom accommodation. What is our team doing to highlight the change in the need?" he said.