Tragically, the man had been with a group marking the birthday of a late friend 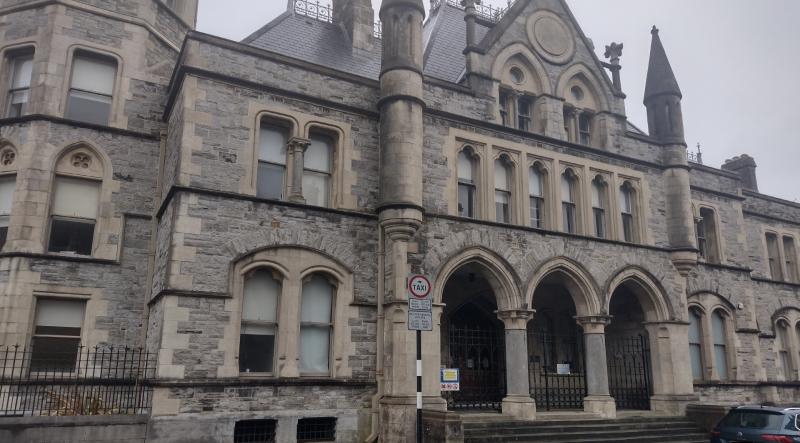 An inquest into the death of John Martin McMenamin, 53, heard that the deceased had died by drowning following a fall on Arranmore.

Mr McMenamin of 16 Springfield, Dunkineely had been socialising on the island with a group of friends on August 28 to mark the birthday of another friend, Raymond Maguire of Binbane,who had died ten months previously.

In a deposition read on behalf of Garda Richard Quigley of Burtonport Garda Station, the inquest heard that Mr Maguire’s dying wish was that a group of named friends would travel to Arranmore to mark his birthday following his death.

Mr McMenamin became separated from his friends sometime between 11pm and 12am, a deposition read on behalf of his first cousin Kevin McMenamin from Glencolmcille, stated.

The area where he fell was about 50 metres from the hostel where he was staying. There was no fence or safety barrier between the ‘sure ground’ and the rocks onto which Mr McMenamin appeared to have fallen. There was a significant drop, according to the deposition read on behalf of Garda Quigley.

In another deposition read to Sligo Coroner’s Court on her behalf, Shirley Ward of Gortmacall, Milford told the inquest that she was walking the beach with her husband at approximately 9.30am on Sunday, August 29.

“We saw a man lying on his back between the pier and the hostel,” she said.

“My initial impression was that he looked in a bad way.

“When I spoke to him and tried to rouse him, he was unresponsive.”

In her deposition, Ms Ward said she observed blood on the man’s head, and that his clothes were wet.

“He was on dry sand approximately ten feet from the wall when we saw him,” she continued.

Ms Ward asked a passerby to call 999 while she started chest compressions.

“Gradually people came, and they knew the man,” she said.

“I continued CPR until help came.

“The ambulance came, and more people came from the hostel, and they were visibly upset.

“The Coast Guard and the helicopter came, and they worked with him and took over then.

“He left in a helicopter to Sligo and I spoke to people who were there and they had contacted the man’s family.”

A deposition read on behalf of the deceased’s first cousin Kevin McMenamin of Glencolmcille told the inquest that he was on Arranmore Island with friends marking the birthday of the late Raymond Maguire.

“Martin McMenamin from Dunkineely was with us,” he said.

“We were in Early’s Bar from 3pm and everyone was in great form.

“Martin was in good form all day, there wasn’t a problem at all.

“We thought he went to bed and just thought nothing of it.

“We didn’t think anything was wrong until John Harvey seen a woman on the beach and Martin lying on the beach.

“The paramedics worked hard on him and got him airlifted to Sligo before we heard he died.

“It seems a tragic accident that he fell on the rocks.”

Mr McMenamin was pronounced dead at 10.58am by Dr Anne Mitchell in Sligo University Hospital.

In his deposition, Garda Quigley said that he received a call from Mr Jerry Early on Arranmore Island at 9.30 am on August 29 last year, telling him that a man had been found with serious head injuries on the beach, and that paramedics were assisting.

“Mr Early stated that it appeared that the male had fallen from the roadside onto large rocks below and struck his head,” said Garda Quigley.

The deposition added that just before Garda Quigley and Garda Ronan Steede reached the island, they got a call from Milford Garda Station stating that the male identified as Martin McMenamin had passed away at Sligo University Hospital.

“I contacted his brother Stephen McMenamin by phone and informed him of his passing,” said Garda Quigley in his deposition.

“CCTV footage showed Mr McMenamin walking on the road towards the hostel at 10.10pm the previous night.

“It was clear that he was intoxicated and unsteady on his feet, was alone and had no interaction with anyone

“Before he reached the hostel, he walked back towards the rear of a food hut and in towards the grass.

“He cannot be seen thereafter because of the darkness and the fall itself is not visible.

“It appeared that Mr McMenamin walked into the grass area and lost his footing, resulting in him falling onto the rocks below.

“There is no fence or safety barrier of any kind to prevent a person from leaving sure ground and going on to the rocks and the drop is significant enough for a falling person to cause serious injury to themselves, which is what appeared to have happened.”

Sligo Coroner Eamon MacGowan said an autopsy report carried out by Dr Averil Cullen in Sligo University Hospital on August 30 found that Martin McMenamin had fluid in the lungs in keeping with drowning and there was evidence of heart failure.

There were injuries consistent with immersion in water and there was alcohol in his blood.

The cause of death was therefore drowning with a background of a heart attack. A raised level of alcohol in the blood may also have been a contributory factor.

The Coroner said he was bringing a finding of death by misadventure, due to the fact that the deceased had alcohol in his system.

In sympathising with the McMenamin family, who were in court, Mr MacGowan said it was very sad and poignant that he had been with his friends who were close by.

He extended his deepest sympathy to the family and hoped they could recover from their loss.

Sergeant Derek Butler, who conducted the inquest, extended deepest sympathy on behalf of An Garda Síochána.