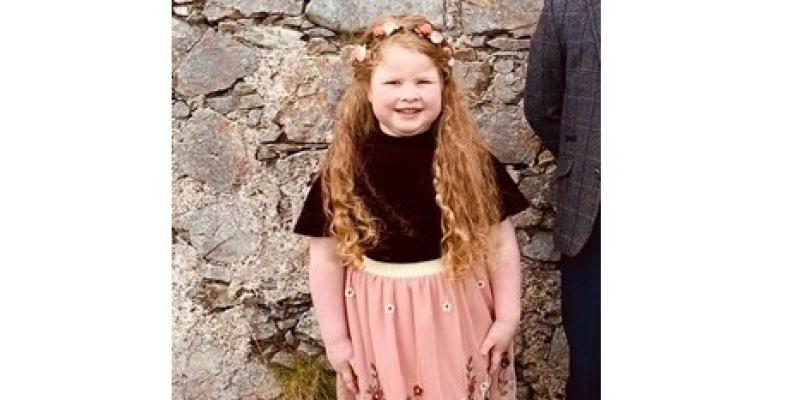 A fundraising campaign has been launched to help a  four-year-old Inishowen girl raise funds to pay for a cut of her own hair to be made into a wig for sick children.

Dáire Friel from Malin Head will be donating the 12 inches of hair from her first haircut to the Little Princess Trust, a charity that provides real hair wigs free of charge to children and young people in the UK and Ireland who have lost their own hair through cancer.

Dáire, who attends Playdays preschool in Malin Head, has decided to get a new hairstyle for beginning national school next year.

Her mother, Michelle Coyle, has begun a fundraising campaign to raise the £550 the charity needs to make the wig. “Her hair is down to her bum and she has grown it since she was born,” she said.

“She is going into big school in September and wants a new hairstyle to make her more grown-up looking for going to school and wants it cut up to her shoulder. So I talked to her about donating it to other little children who are fighting cancer who don't have any care and she said she would love to do that and help make other little girls feel pretty.”

Once the hair is donated the charity still needs to pay to get the wig made.

“We just thought it would help along the way to have the money ready along with the hair.”

Michelle said Dáire is very excited to be able to help other children and her friends think it's great she is doing it as she has the longest hair in class.

“She has mainly reached this decision because she wants to help other children to have confidence and feel just as gorgeous as everyone else,” she said.

Dáire will be getting her hair cut on July 15 and it is hoped to have the €600 raised by then.

Anyone wishing to donate to the campaign can do so here.