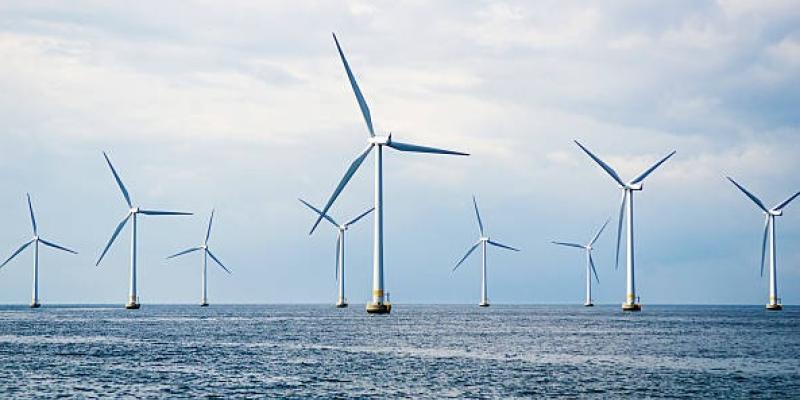 There are concerns among the inshore fishing community in Inishowen about the impact of a proposed floating wind farm off the coast of Donegal that could cost up to €2bn to develop.

The proposed wind farm is to be located more than 50km off the Donegal coast and has the potential to deliver up to 2 gigawatts of energy.

The plans for the wind farm come from an agreement between the Killybegs Fishermen’s Organisation (KFO), Killybegs-based Sinbad Marine Services and the Swedish offshore wind power developer Hexicon AB.

The KFO has described the agreement as the first of its kind in the world between a fishing organisation and an off-shore wind farm developer.

It said a “memorandum of understanding” for the project is an “historic partnership” that marks “a new approach which sees local fishermen engaged and influencing the development process from the onset”.
The plans for the wind farm are at an early stage and the KFO says no site for the project, which could cost in the region of €2bn to develop, has been selected.

But there are concerns among the inshore fishing community about the impact of such a wind farm on smaller inshore boats as underwater power lines will require a 1km exclusion zone that could further restrict areas they can fish.

Liam O’Brien, an inshore fisherman based in Greencastle, said the KFO does not represent the inshore fishing community and the exclusion zone around the power cables running through fishing grounds would prohibit bottom trawling by smaller inshore boats.

“If that is coming through the fishing grounds, you will not be able to fish anywhere near it with pots, static gear or anything on the sea bed," he said.

He said the inshore fishing industry is a huge part of the marine economy in the county and involves up to 100 boats based around the Donegal coast. Such developments in parts of the UK have seen fishing boats taken out of operation and deployed to police the protection of such power lines, he said.

A “demoralised” inshore fishing community that is already dealing with restricted quotas for whitefish and mackerel could be further damaged by anything which decreases the size of fishing grounds.

He said “the umbilical cord of the industry is slowly and surely being cut” and the impact of such wind farm developments could damage the future of inshore fishing permanently.

“This will not affect the larger whitefish vessels and the pelagic fleet and the super trawlers in Killybegs as such, as they have the choice to go offshore. This is the inshore fishermen that will be affected by this.”

But the chief executive of the KFO Seán O’Donoghue said the agreement to develop the wind farm is based on the fishing industry “setting the ground rules”.
He said the inshore fisheries are “very much a part of this as the offshore fisheries,” as are environmental concerns.

Finding a suitable location for the landfall of power cables is “very much part of the memorandum,” he said.

While a location for the wind farm has not yet been identified, the plans are focused on looking at the coast off south-west Donegal. Any plans would not be close to fruition until closer to 2030, he said.
“We have no location identified at this stage other than it is going to be between 50 and 80km offshore.”
He said the estimated cost at today's prices for the development is €2bn.
“We went after a developer that was prepared to agree to our conditions and we have strict conditions. One of those is that there would be no fixed inshore wind farms. This is a floating wind farm. This is a first in the world in that we are setting the ground rules here from the start rather than developers coming to us.”
He said there would have to be a cable that does not affect inshore fisheries.
“We believe that we can identify an area where it will not have a detrimental effect on fishing or the environment and will be suitable for a floating offshore wind farm. There is a huge amount of data that needs to be looked at and that is what we are engaging in now. We are quite confident that there is a sweet spot to cover this. If that can't be found, but I don’t believe we won’t find it, we won’t be supporting it.
“I just want to assure any inshore people that they are as much a part of this as the offshore. Even though the location will be offshore we are very cognisant of the cable coming ashore.”