EPA says no reports of pollution incidents at Buncrana beaches 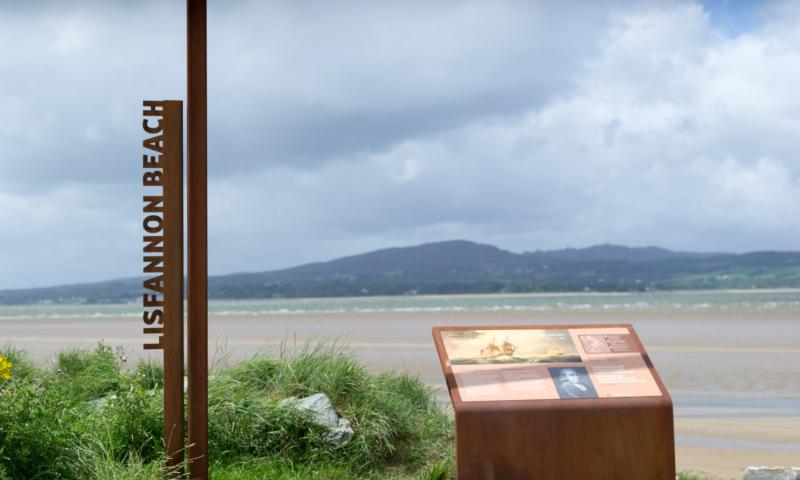 The Environmental Protection Agency (EPA) says no pollution incidents have been reported to it at two Buncrana beaches following unverified reports on social media in recent weeks.

The State’s environmental watchdog said no bathing water pollution incidents have been reported by Donegal County Council in 2022 for Lady’s Bay and Lisfannon.

The comments come following reports on social media during the recent spell of hot weather. One unverified report that was widely circulated on social media which referred to “Lisfannon and Buncrana beaches” stated that beach users had been stopped and told that the “water is contaminated”.

A bathing restriction is in place at Lady’s Bay after the most recent annual bathing water quality assessment classified it as “poor”.

As a result, Donegal County Council was obliged to place a bathing restriction at the beach for the entire 2022 bathing season.

The EPA’s Bathing Water Quality in Ireland report for 2021said the main sources of pollution affecting the bathing water at the beach are the Buncrana wastewater treatment plant, combined stormwater overflows, and surface run-off, which are made worse by heavy rainfall.

Irish Water said it is developing plans to address the issues with the wastewater treatment network in Buncrana.

Works will include the upgrade of the Westbrook pumping station in Buncrana and the construction of a new storm tank at Buncrana wastewater treatment plant.

A spokeswoman said the project is in the procurement phase to enable the appointment of a contractor.

Lisfannon lost its Blue Flag in 2017 due to a drop in bathing water quality and has not been awarded the coveted status since.

Following a query from the Inish Times, the EPA said the designated Lisfannon bathing water area is separate from Lady’s Bay and there is approximately 4km distance between the monitoring points for the two beaches.

Eight bathing water quality samples have been reported to date by Donegal County Council in 2022 for Lisfannon beach. Seven had excellent quality and one was good.

A spokeswoman for the EPA said it is not currently aware of any pollution issues at Lisfannon beach.

Bathing water quality for the county is managed by Donegal County Council and the council is responsible for monitoring and managing bathing waters.

The council arranges for water samples to be taken and analysed throughout the bathing season from June to mid-September on pre-arranged dates.

The EPA says the council also reports and investigates pollution events and carries out actions to reduce or remove any sources of pollution and this generally includes additional water sampling. The EPA’s role is to ensure that local authorities carry out their functions under the regulations.

Former Fine Gael senator Catherine Noone, who lives in the Fahan area and has raised concerns about water quality in the area in the past, said local people and water users have ongoing reservations about the water treatment in the area and its impact on Lough Swilly.

“I hear too much locally about the quality of the water at different times and at different locations to believe this testing is showing up the problems that really exist in the area,” she said.

“If these tests were random tests carried by an independent organisation, I would have more confidence in the testing regime.”

Donegal County Council has been contacted.