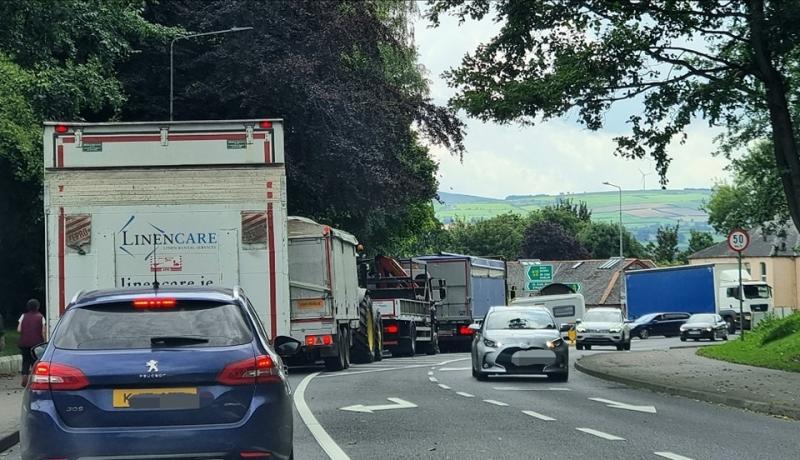 The traffic chaos as one approaches Lifford from the Letterkenny Road

Temporary traffic lights at the old Camel's Hump in Strabane are causing major traffic delays for people in Lifford this afternoon. This is an area where the British Army used to operate a checkpoint and traffic calming measures during the Troubles.

Cllr Gary Doherty has called for better communication between the authorities on both sides of the border in order to avoid such circumstances in the future.

"It's currently taking approximately 40-45 minutes to get from the Murlog junction to the roundabout so please avoid the area for now if at all possible.

"I was certainly not made aware that these works were due to be carried out today, and going forward we must ensure that there is better communication between the authorities on both sides of the bridge to ensure that delays like this are minimized where at all possible," he said