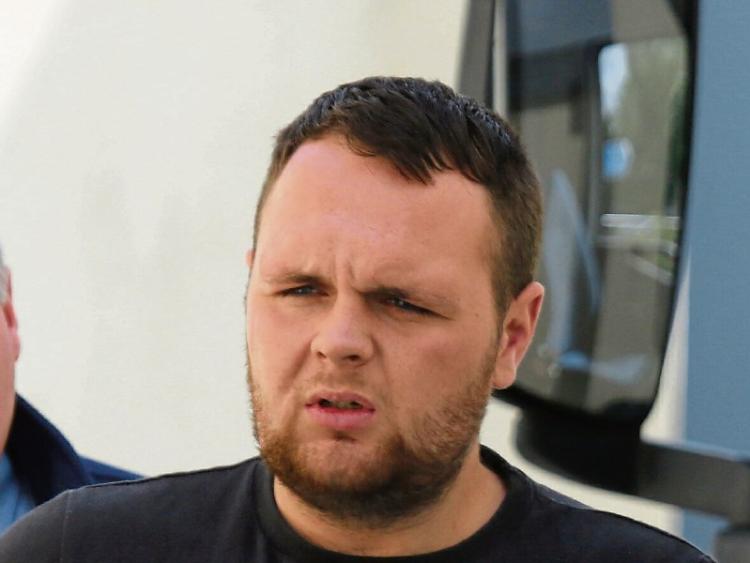 Brendan McLaughlin, who was jailed today for eight months

A man who rammed a Garda patrol car twice and clocked at speeds of up to 150 kph was jailed for eight months at Thursday's sitting of Letterkenny District Court.

He led officers on a chase of more than 20 kilometres across Donegal has been jailed for eight months.

McLaughlin, aged 26, appeared before Letterkenny District Court after the high-speed chase which started in Letterkenny and ended in Termon before 9 o'clock on Wednesday night.

The father of three, from Northern Ireland, was first spotted by Gardai at Gleneany House on the Port Road in Letterkenny, sitting in his Vauxhall Corsa car.

When Gardai tried to stop him he sped off and almost knocked down a Garda.

For the next half an hour, McLaughlin overtook cars and drove dangerously across Letterkenny, driving on the wrong side of the road and forced both drivers and pedestrians to jump out of the way.

He reached speeds of up to 150kph.

He drove towards outlying villages including Newmills and then Churchill and initially lost gardai before he was spotted again.

When Gardai caught up with him again, he pulled a handbrake in frontof them before speeding off. On two occasions he struck the front of the Garda car causing damage to the bumper.

He drove towards Churchill forcing a mother a daughter to jump into a ditch as he reached 80 kph on the village’s Main Street. He the sped towards Termon before Gardai using a stinger device left his wheels flat.

He managed to pull into the carpark of the Glenveagh Inn where he pulled another handbrake turn and came to a stop. He jumped out of the car, threw the car keys in some bushes, began laughing and then threw his hands in the air before being arrested.

Garda Inspector Goretti Sheridan said when arrested he was very uncooperative and a sample eventually showed a reading of 52 microgrammes of alcohol per 100 microgrammes of breath.

His solicitor, Mr Andrew McCarthy, told the court that his client did not even attempt to make any excuse for his behaviour. He admitted he had an issue with alcohol, having left school at 13 andalthough he had managed to abstain from alcohol for four moths since Christmas, he had relapsed.

Judge Paul Kelly said McLaughlin was “incredibly lucky” that members of the public and the Gardai were not seriously hurt as a result of the pursuit.

He fined him €250 and disqualified him from driving for three years for drink-driving and sentenced him to a total of eight months in prison for a number of sample charges of dangerous driving during the chase.