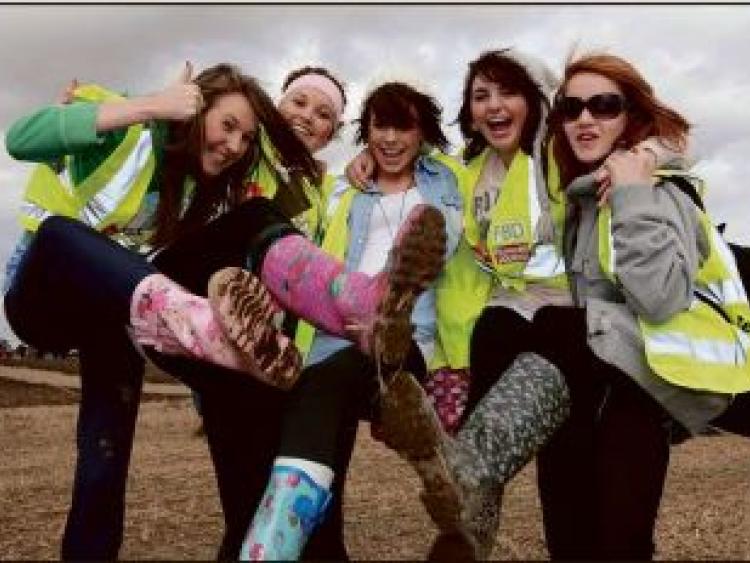 Details of the traffic plan for Donegal people heading to this year’s National Ploughing Championship in Tullaghmore Co. Offaly has been revealed.
Gardaí have launched this traffic plan to help the expected 290,000 people attending the
2017 National Ploughing Championship get in and out of the site in Tullamore.
The Ploughing takes place from September 19-21 at Screggan, and no matter where in the country you are coming from, the below traffic plan has everything you need to know in order to ensure a safe and hassle-free journey to #Ploughing 17.
Donegal visitors are advised to take either the Pink or Green routes.
The pink route is for those travelling from the North who will travel via Mullingar and onto the N52 towards Tyrellspass. Traffic will be turned right into Tyrellspass Village and on to Kilbeggan Village
via R446 (old N6). Once through Kilbeggan Village turn left for Clara onto the R436. On the approach to Clara traffic will turn left onto the L2009 before joining the R420 Tullamore
to Clara Road. Traffic will then turn right at Coolnahiley and be directed to parking beside the
event grounds.
Parking: Patrons travelling this route will park in the designated PINK car parks beside the event grounds at Screggan.
The “Green Route” is designated as the route for traffic from the West.
Traffic travelling from the West will exit M6 motorway at Junction 6 (Horseleap, Clara) and will be directed towards Moate town.
Traffic will then be directed left onto the Ballycumber Road. At Ballycumber traffic will join
the R436 (Ballycumber to Clara Road) before turning right on towards Rahan Village. At Rahan Village traffic will be directed onto the L2011 towards the event site and parking.
Parking: Patrons travelling this route will park in the designated Green car parks on the right
hand side of the L2011 just beside the event grounds. 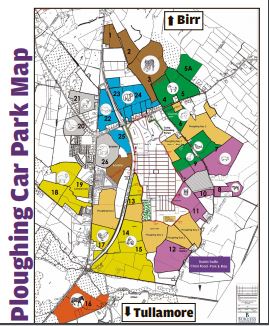