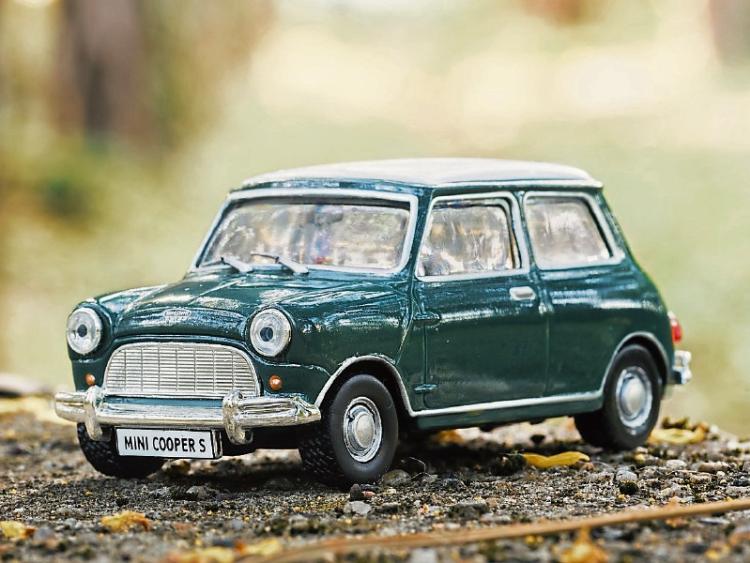 I personally haven’t compared car prices in Ireland against what they are in the UK, but it must be significant because one out of every two cars that were registered in Ireland last year were imported.

And to put a number on that, it was a staggering 108,895, so there must be something to it, which is why I decided to explore further.

I wanted to know, if there was enough of a price differential from what a car would cost in the UK and Ireland, that you simply couldn’t ignore?

And no better way to find out, than running some numbers and putting them alongside each other, which I did, when I compared the cost of buying a, 2017 Mercedes Benz C-Class model.

I deliberately chose this model, because during the conversation I had with my friend, he mentioned that particular make, model and year.

So, I googled the cost of this car in Ireland, and there were thousands of results, but I only viewed what came back from registered SIMI car dealers.

I then looked at what this car, with the exact same spec was costing in registered UK dealerships, and I found the average price was c. £13,995. And based on current exchange rates, this translated to €15,386.

My immediate reaction was, wow the difference is significant at €13,564, but that was before I factored in what additional costs you’d incur if you imported a car from UK, with the biggest being Vehicle Registration Tax (VRT).

Since July 1st, 2008 VRT is calculated by reference to the CO2/km of a passenger car. And the amount payable is based on a percentage of the recommended retail price, known as the Open Market Selling Price. Lower emissions means lower VRT. The lowest rate is 14% – rising to 36% for high CO2 emissions

And important to note, that you're not paying the VRT on the price you paid in the UK, but on the price, you would have paid had you bought the car in Ireland.

The cost doesn’t stop there, because there is another component of the overall VRT cost, and it’s called the Nitrogen Oxide (NOx) Levy.

All vehicles (excluding electrics but including hybrids) registered after December 31, 2019 will be charged Nitrogen Oxide (NOx) emissions as part of the overall VRT amount payable. The charge applies to new car purchases and used imports.

And the charges are applied on a per-milligramme basis, based on a cars officially recorded emissions of NOx per km.

It’s important to know, that this NOx charge is capped at a maximum of €4,850 for diesel vehicles and €600 for other vehicles, and these maximum rates will be applied if you can’t provide satisfactory evidence of what the NOx rating is.

The car I looked at in the UK, the website made reference to its NOx rating as being extremely low (trace) and I didn’t know what that meant from a monetary perspective, so to be sure to be sure, I called the dealership and they confirmed that the NOx level was 0.015, and emailed me the V5 certificate (the equivalent of our log book) and there it was in section V.3 of the form.

However, that may not be the case with every car. And to find out what the difference, if any is, and I can’t stress this point enough, you must know what your full VRT liability will be.

Revenue has an excellent on-line calculator which you can use to determine the total amount payable on www.ros.ie/evrt-enquiry.

Some of the most popular imported models last year have high NOx rates.

The differential in instances like this might be very small. And if this is the case, why is this particular model so popular then?

And when I asked someone who knows much more about the car industry than I do, they said something I thought was interesting, but I’m not sure if its’ true or not, but they suggested that cars imported from the UK are in better condition because they’re usually driven on better roads than Irish cars, and that could be the reason people choose to import them from the UK.

And there are many other non-financial factors that you must consider when deciding where you are going to buy a car from i.e. how you’re going to get the car inspected by a third party before funds are handed over, how you source a vehicle and dealership, knowing the registration process when you bring a car back into Ireland, knowing how soon after you return you have to pay your VRT etc.

So, lots to consider. And I’d say, take your time, don’t be swayed by the headline price. Just because it seems a lot cheaper doesn’t mean it actually is. Run the numbers and run them again. Put them alongside each other, and if the difference is significant to you, then perhaps sourcing and buying a car in the UK makes sense for you.

But I think there’s great value to be had in Ireland as well, and you might be able to secure a better deal here.

Alongside many fine registered car dealerships throughout the country, there are car rental firms who, because of C19 are now in the car sales business, so it’s probably never been a better time to get a great deal. Before you jump into anything, carry out your due diligence, have a look under the bonnet so to speak, know your numbers and then make your decision.