ALERT: Ignoring warning lights on your dashboard may lead to car fire 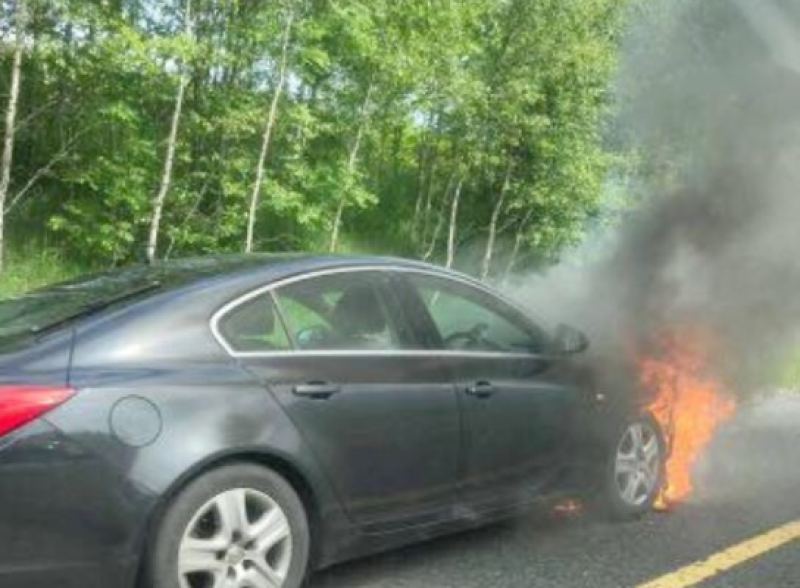 AA Roadwatch has warned motorists not to ignore warning lights on a vehicle's dashboard - as it may lead to a mechanical or electrical fault or even a fire.

The traffic experts said they reported on an average one or two vehicle fires a week affecting traffic on Ireland’s main routes between June 2020 and June 2021.

A study of “highway fires” in the US found the biggest cause was was mechanical faults followed by electrical faults.

AA Roadwatch spokesperson Lauren Beehan said: "Keeping on top of your vehicle’s maintenance and getting it serviced regularly is the best way to avoid a spontaneous fire, given that around 2 in 3 of roadside fires are caused by mechanical or electric faults.

"Never ignore a warning light on your dashboard, and if your vehicle is ever part of a product recall, don’t wait to send it back.

"You might be avoiding some short-term inconvenience, but it could result in a much larger problem or even serious injury if a fire broke out.

"In Ireland, you can keep an eye on the Competition and Consumer Protection Commission’s website for recall notices, and check in with your manufacturer every so often."

In a online blog on the issue, Lauren added: "The older your vehicle is, the more important it is to keep on top of your maintenance. In the US, roughly three quarters of the fires attributed to faults in 2017 involved cars that were at least ten years old.

"Also, some faults develop over time, rather than suddenly, especially if caused by fraying electrical wires or insulation, or rubbing of fuel lines. This means a regular service might catch the issue before it catches fire."

AA Roadwatch also said an extremely rare but possible cause of a fire in a parked vehicle is refracted sunlight from a reflective object – an non-tinted pocket mirror left on a seat for example, or in this unusual case, a bottle of water.

This is unlikely to develop into a full fire, given than seat covers have to be flame-retardant, but could burn holes in upholstery if left unchecked.