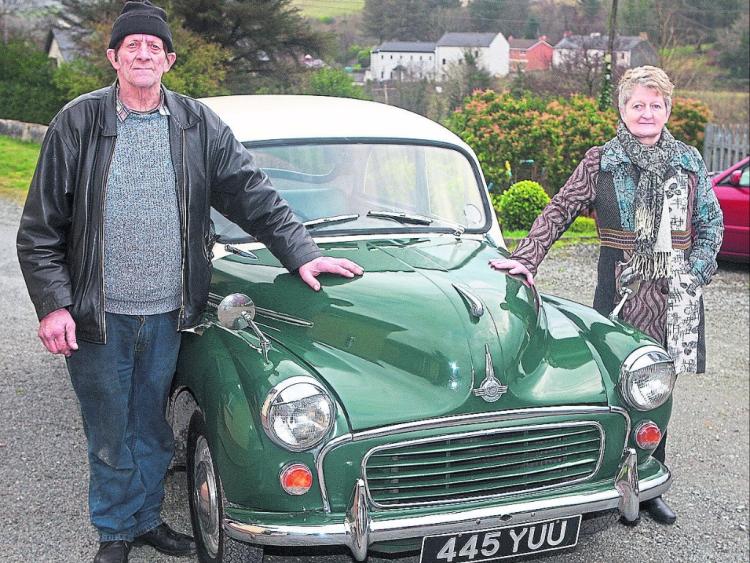 With a life long passion for cars, Newmills man, George Hegarty says he was “shocked but delighted" when he received an amazing Christmas present of a 1959 Morris Minor from his son.
Gareth Hegarty surprised his parents, George and Kathleen, this Christmas when he bought the vintage car all the way from the UK, and hid it in their shed before revealing it to them in an emotional moment that was captured on video.
George and Kathleen, and their family of 14 are highly respected members of their community on the outskirts of Letterkenny. 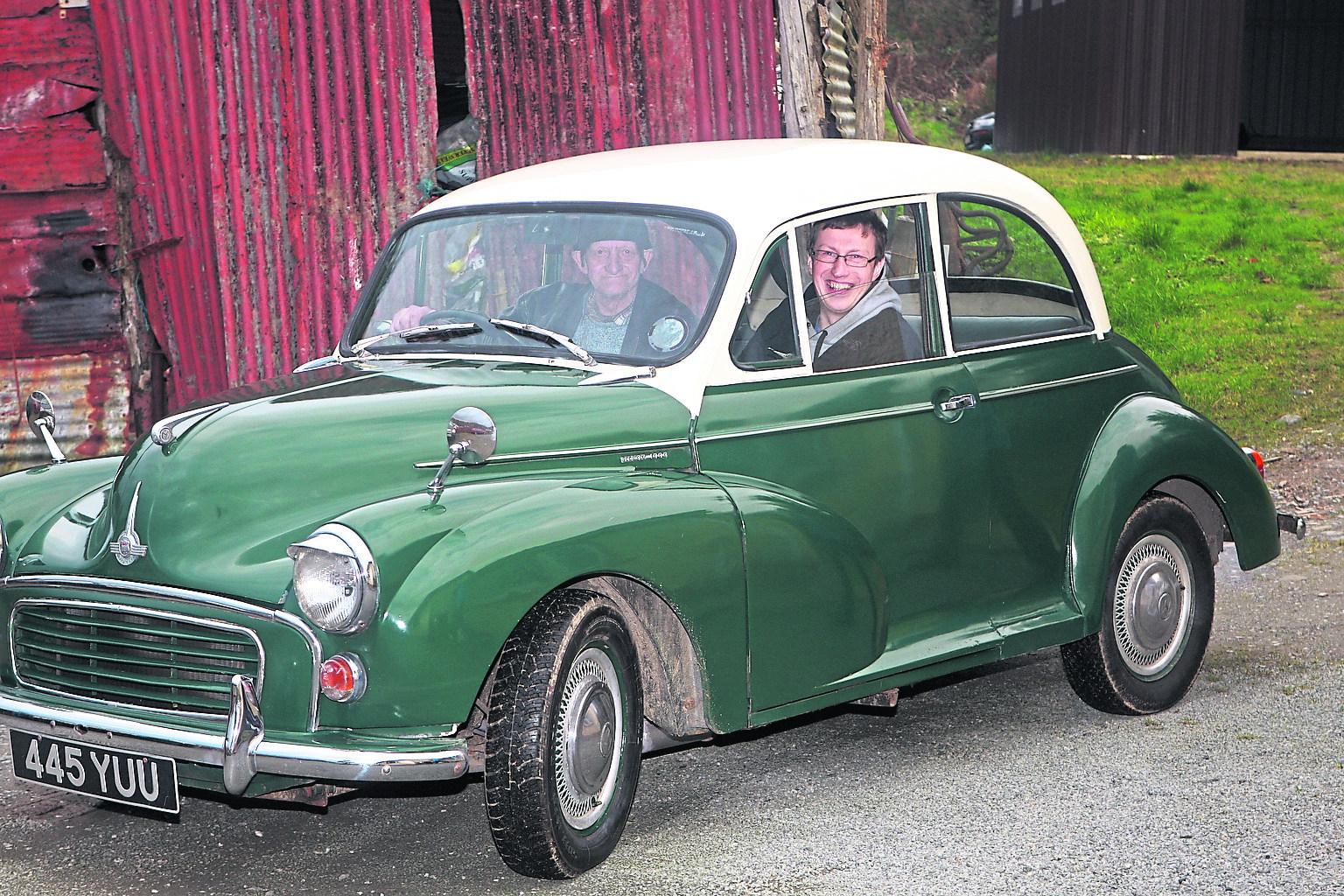 George and Democrat reporter Eamonn McFadden about to take the Morris mInor out for a wee spin. Photo Brian McDaid.

Since they hit the headlines with their amazing present, there as been plenty of horn beeping, light flashing and big waves as their friends and neighbours are enjoying the sight of the the classic two tone, cream and dark green, Morris Minor making its way around the locality.
George has a life-long passion for cars and says he knows every inch the Morris Minor, as he had one when he was younger. He carried out all his own service and repairs with his brothers. He explained he also fixed his own punctures and would often carry two spare tyres and a bottle jack for roadside repairs.
“I had one of these cars in the past and I used to work on it in the evening. I used to work at the bottom of the town in Letterkenny delivering coal and I used to put ten shillings of petrol into my car. That's about 50 cent nowadays. I’ve had lots of cars - Anglias, Escorts, Serrias, Cortinas - all sort of yoks. We did all our own work outside the house. We even fixed our own punctures. I used to go away with two spare wheels, rubber solution, two wee bars for taking the tyre off an a foot or hand pump, all in the boot. We had a few spanners and an old bottle jack. You would have had no blocks to keep it up so you would use old stones out of a ditch,” George recalled.
Reeling back the years while taking his new pride and joy for a drive in one of the last December days, he said the Morris Minor runs and drives very well and he is looking forward to enjoying many trips in the year ahead.
“It is only a wee cruising car, but you can get places too. If you left in good time, it would take you a little while, but you’ll get there and back. I’m looking forward to the summer with it,” George added.
Kathleen added that it was a Morris Minor that George drove when they first started going out in the early 1970’s.
She said she got a big shock when she saw the vintage car, but added she was delighted with Gareth’s choice.
"Our family have great respect for their parents," Kathleen said.