WATCH: 90-year-old man gets surprise from Bewleys after 59 years as customer 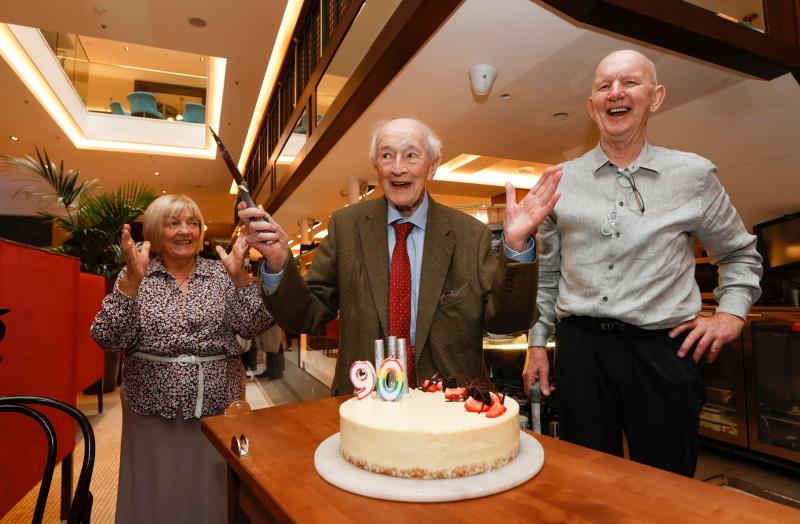 WATCH: 90-year-old man gets surprise from Bewleys after 59 years as customer

Ireland’s most famous café has paid a touching tribute to its most loyal customer to mark his 90th birthday.

Bewley’s of Grafton Street honoured Offaly man Denis Shields, an incredible 59 years after he ordered his first coffee in 1962.

It is estimated that since then, he has enjoyed over 30,000 cups and tucked into countless cherry buns on his daily visits.

“This feels like a walk through history, a moment that will live with me until I go to the grave,” said an emotional Denis, originally from a large farming family in Banagher.

“The memories are powerful. I have met so many good friends here.” 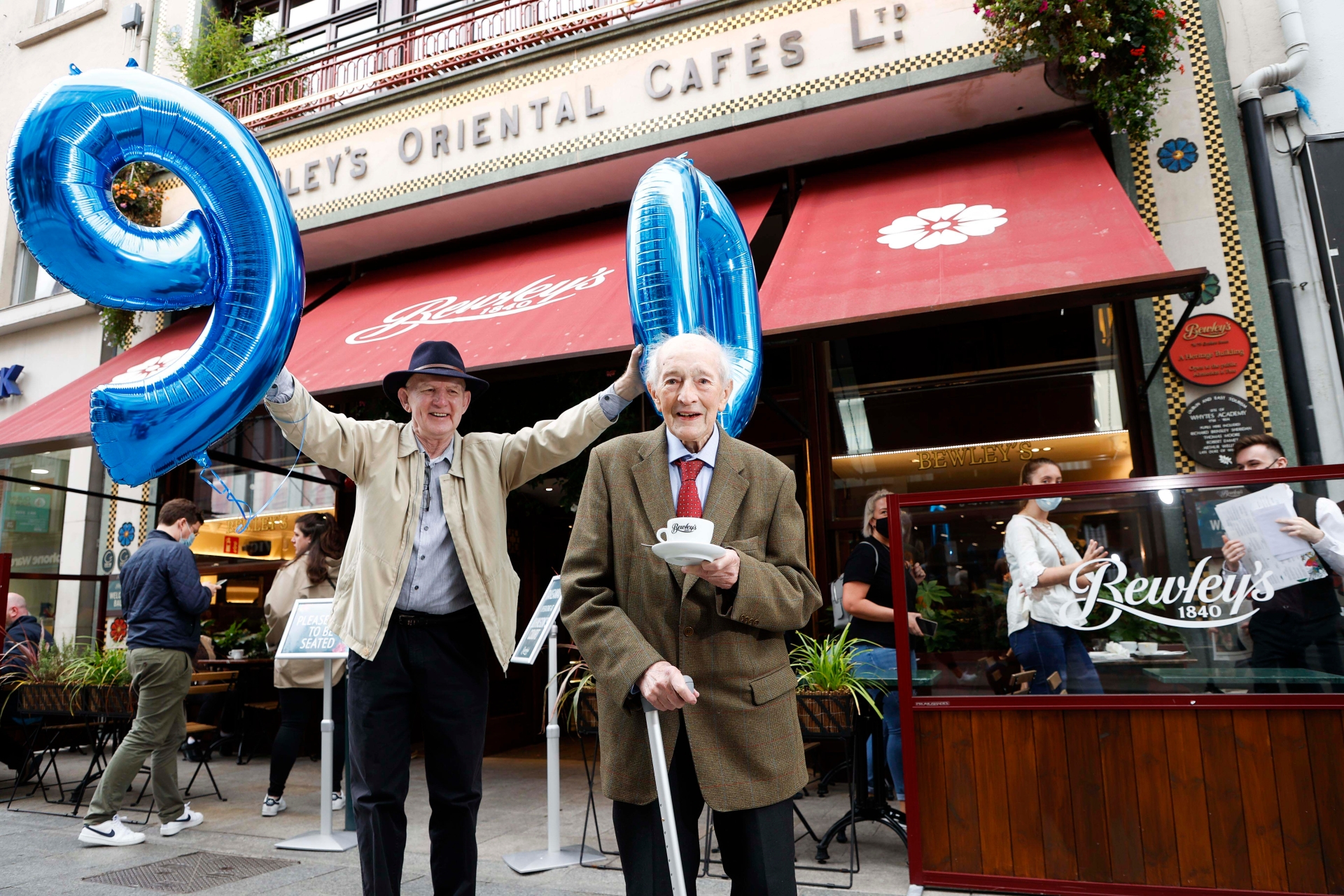 The teetotaller’s relationship with Bewley’s began in 1962 – the same year the Cuban missile crisis placed the world on the brink of nuclear war, The Beatles released their first single and Marilyn Monroe was found dead at 36.

Denis moved to the capital from Offaly after securing a job in the bedding department of Clerys, strolling to Bewley’s in Westmoreland Street for daily coffee before making the Grafton Street café his second home.

His passion for conversation and human interaction would see him continue the same tradition for the next six decades.

“It all started on the first morning I was in town. I went into Westmoreland Street at 7.30am.

“I always spoke to people, I always said ‘good morning’ or ‘good luck’, some would talk to you and others wouldn’t reply.

“I loved a latte and sometimes I’d take a bun with it. The staff would see me coming and they’d be getting it ready.

“I had a great time there, I loved it. People now are in such a terrible rush, hurrying and doing things and going places.

“But Bewley’s is a marvellous place, it is where the generations intersect and its standards have never dropped.

“It has an atmosphere which is second to none and the staff and the Campbell family always got on so well together.

“I got to know Paddy Campbell very quickly because he would sit down and talk to me as though I were a director of the firm.”

When he wasn't visiting his favourite haunt, he was cheering on his home county - joining the army of Faithful fans in Croke Park celebrating Offaly's last senior football championship victory in 1982.

While the café provided him with a sanctuary every day of his working life, it was also in his prayers – he lit candles and prayed for the staff when it closed for major renovations in 2015 - and was first through the doors when it re-opened in November 2017.

Denis kept up his daily trips until recently when he moved into a south-Dublin nursing home. However, six decades of fond memories sustain him.

“It’s quite extraordinary that he’s been coming here for almost 60 years, virtually every day, and he is great company, a great character,” said Paddy Campbell.

He said the café’s inclusive ethos meant it always attracted new generations of customers, regardless of their background.
“Bewley’s belongs to everyone, the kids, babies, older people, we accept everyone who comes in.

“The only reason it will survive will be because of its customers. It’s the regulars who will keep the place in Grafton Street and Denis is a great example of a person who knows and treasures the café.

“He just kept coming back to us and it’s thanks to people like him that we’ll be here for many years to come.”

In 1990, after almost three decades of custom, Paddy asked a friend to complete a bronze sculpture of Denis – which is still proudly displayed at its Grafton Street premises. 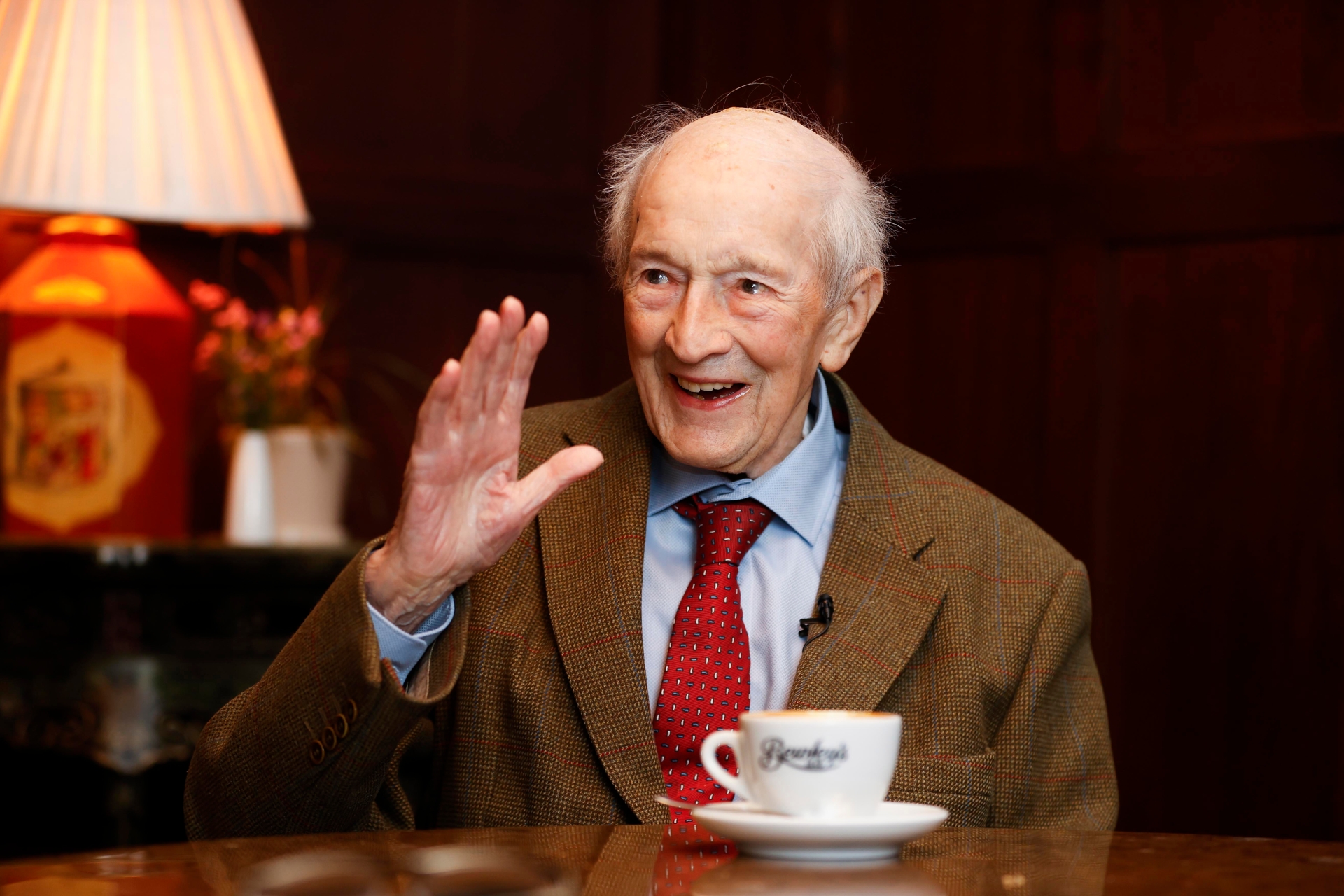 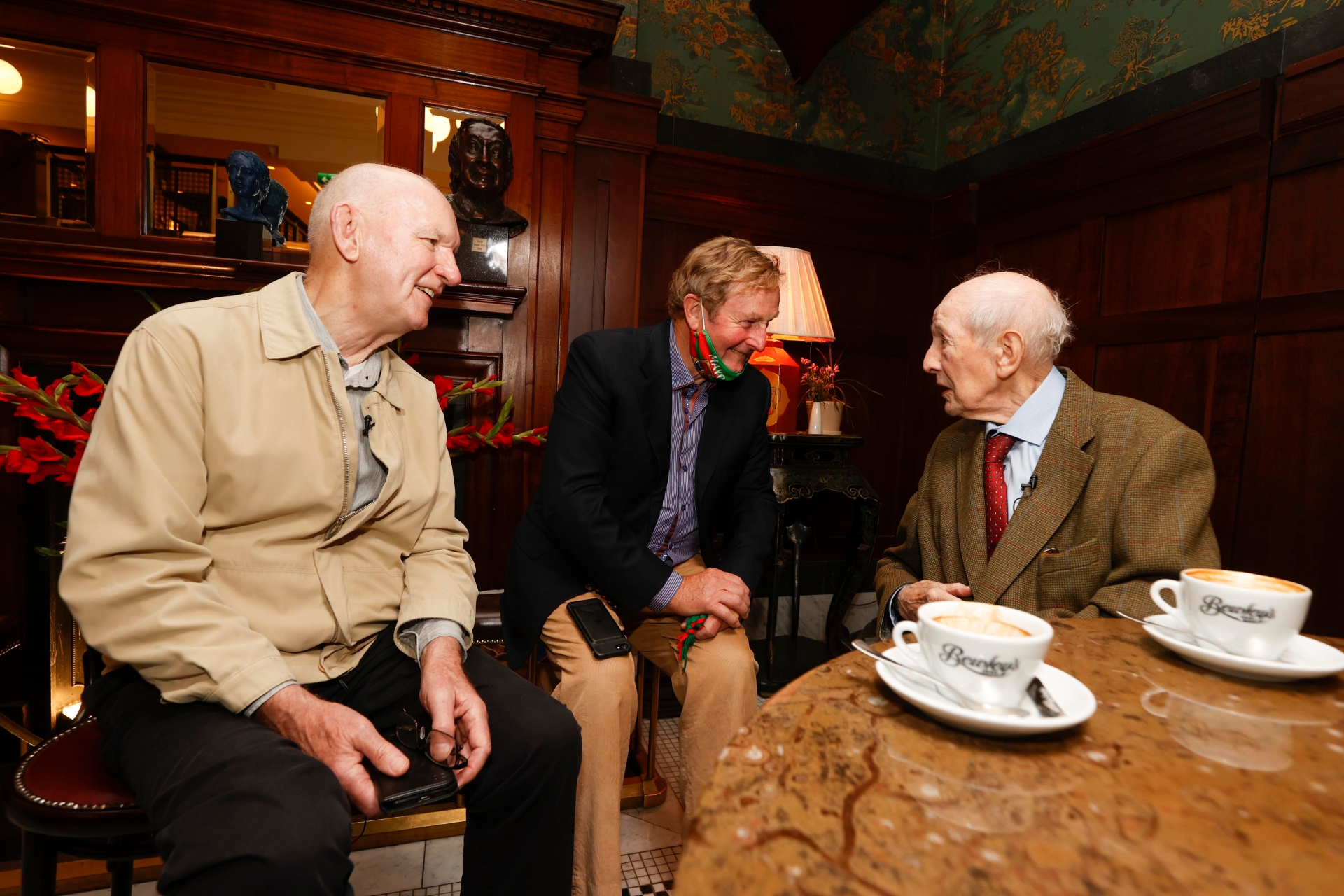