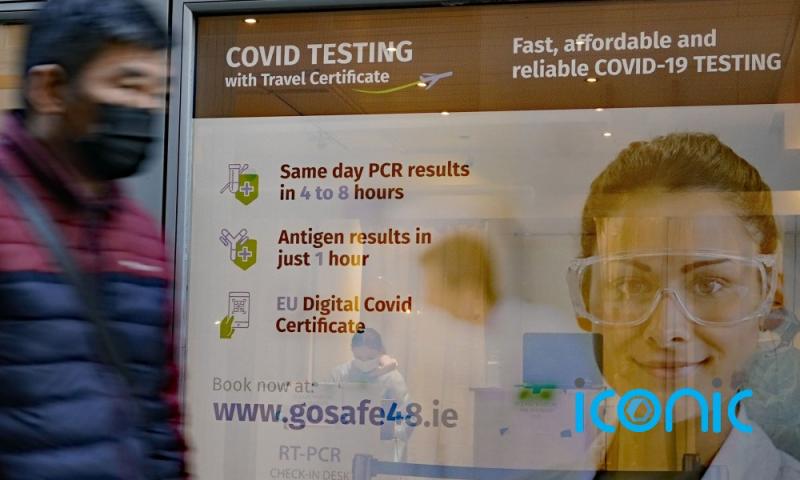 The Taoiseach said he is hopeful Covid restrictions can be removed at the end of the month, allowing events and the hospitality sector to open after 8pm.

The National Public Health Emergency Team (Nphet) is meeting next Thursday and will advise the Minister for Health Stephen Donnelly on the current restrictions.

Micheál Martin said the country is making progress against Omicron.

“I would hope that we would be in a position to move forward in terms of the current restrictions but I’m not in a position yet to say anything definitive about that,” Mr Martin said on Friday.

“I want to really see what the public health people are saying, and also having a sense of where Omicron is.

“So far, I think, so good in respect of the fact that it’s not translating into ICU (intensive care unit) attendances. The case numbers seem to be levelling. So we are hopeful in terms of the progress we’ve made to date.”

From Friday, close contacts who have had their booster jab and do not have any symptoms will no longer have to isolate.

They are, however, advised to wear a higher grade masks and to continue taking regular antigen tests.

Meanwhile, Tánaiste Leo Varadkar said he would be reluctant to see any of the current restrictions removed until the number of people with Covid in hospital begins to fall.

The Fine Gael leader said he did not want to speculate on when the restrictions will be removed because it is “not fair” on people working in events and hospitality.

“What they want is clear messages. And what they want to know is what the new rules are going to be and when they kick in,” Mr Varadkar said.

“What they don’t want is different politicians saying different things and speculating about what might or might not happen.

“What I will say is that Nphet is going to meet on January 20. We’d expect them to provide advice to Minister Donnelly that evening. That will allow Government then to make a decision in the days after that.”

He said the hospitality sector will get “decent advance notice” of any easing of restrictions.

“I think we’d like to see hospital numbers and ICU numbers falling before we feel comfortable about easing restrictions.

“But the plan is that the current restrictions remain in place until January 31.

“Nphet will meet on the 20th and will advise Government at that point. We should be able to give businesses that are restricted clear information and clarity about what will happen in February well before anything happens.”