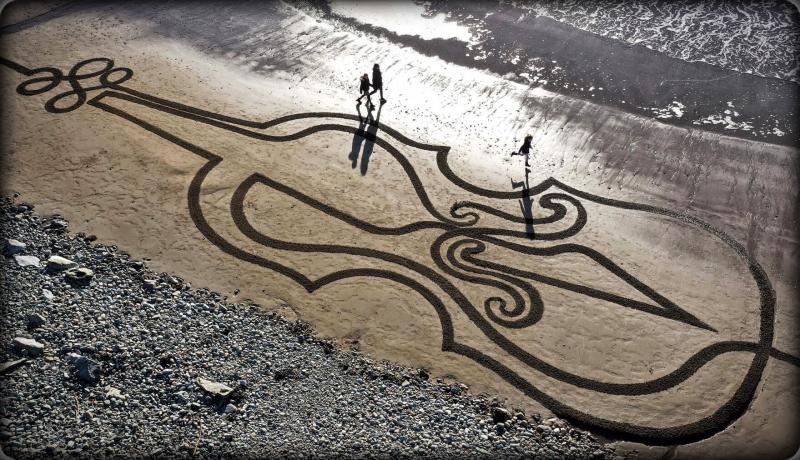 A Waterford based artist has paid an incredible tribute to Ashling Murphy at Kilmurrin Cove.

Environmental artist Sean Corcoran created a fiddle in the sand for Ashling, a schoolteacher and accomplished traditional Irish musician who was murdered in Tullamore, Co Offaly, last Wednesday.

He posted an aerial shot of the creation on Twitter.

A fiddle for Ashling...tribute to Ashling Murphy on Kilmurrin Cove, Waterford. Ashling was a renowned musician, a much loved teacher, a daughter, a sister and a friend. I drew it as one continuous line that represents the uncharted journey through life. R…https://t.co/2q3o8Iww1y

Ashling Murphy's funeral takes place in Mountbolus, Co Offaly on Tuesday at 11am.