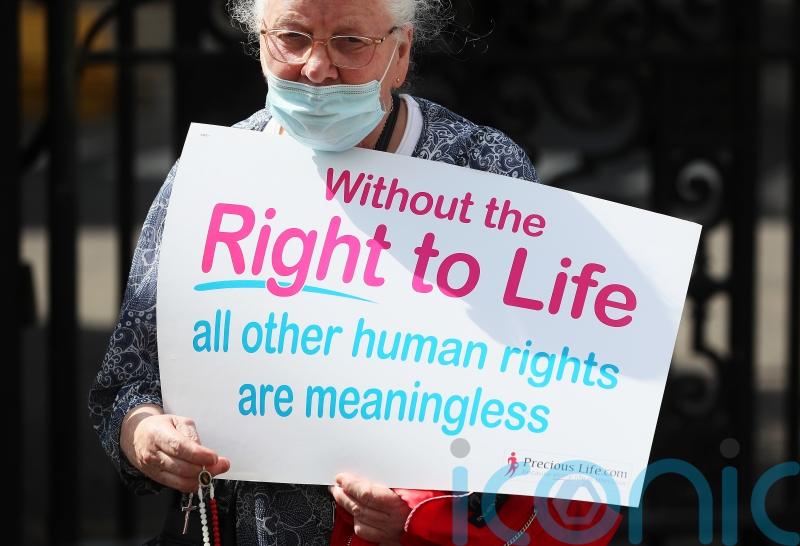 A legal duty exists on the UK Government to ensure the provision of abortion services in Northern Ireland, a minister has stressed amid accusations of “constitutional sabotage” and “arrogance”.

Tory frontbencher Lord Caine said the Westminster administration had to act because of Stormont’s failure to do so, but insisted it was not too late to avoid intervention by the Secretary of State.

The Conservative peer told Parliament it was “unacceptable” there are women and girls unable to access abortion services in Northern Ireland and said some critics used constitutional arguments about devolution as “a screen” for their blanket opposition to terminations.

Lord Caine was speaking as he faced flak in the House of Lords over a move to empower the Northern Ireland Secretary Brandon Lewis to directly commission abortion services in the region.

Crossbench peer Baroness O’Loan had put down a so-called regret motion criticising the measures, on the grounds they “disregard” the role of the Northern Ireland Assembly and ignore the devolution settlement.

Abortion legislation in Northern Ireland was liberalised in 2019 following laws passed by Westminster at a time when the powersharing government at Stormont had collapsed.

But while individual health trusts in Northern Ireland currently offer services on an ad-hoc basis, the Department of Health has yet to centrally commission the services due to a political impasse at Stormont on the issue.

The DUP, which is opposed to abortion, had refused to agree to the issue being tabled on the agenda of the ministerial executive.

The regulations laid by the UK Government remove the need for Northern Ireland’s Department of Health to seek the approval of the wider executive to commission the services.

It also gave Mr Lewis the power to step in and commission the services himself if the devolved health minister failed to do so.

Lord Caine told peers: “The focus of the Government and of these regulations is to ensure that Parliament’s decision expressed on a number of occasions to give women and girls access to abortion services in Northern Ireland is properly and fully implemented.

“It is unacceptable that there are women and girls in any part of our United Kingdom who cannot access basic healthcare and access services that have been delayed for far too long.”

Responding to claims the move flouted the devolution settlement, he said: “Some do seem to use the constitutional argument simply as a screen for the fact that they do oppose abortion in all circumstances.”

Lord Caine added: “The Government and the Secretary of State remain under a statutory duty to provide access to abortion services.

“Even at this late stage and even with these regulations there is still an opportunity for the minister in the Department of Health to take forward the commissioning of services without the intervention of the Secretary of State.

“We are not, however, prepared to allow the provision of services to be delayed indefinitely.”

But opposing the measure, Lady O’Loan said: “The regulations give broad, sweeping powers to the Secretary of State effectively to act as a Northern Ireland minister without having been appointed as a minister… and without any accountability to the people of Northern Ireland.”

DUP peer Lord McCrea of Magherafelt and Cookstown said: “I trust that everyone understands that under this regulation the opinion of the Northern Ireland Executive is to be totally ignored, totally disregarded. Such is the arrogance of those who bring forth these regulations.”

But Tory former health secretary Lord Clarke of Nottingham said: “I think the British Government – the UK Government – are entitled to intervene to make sure that the scope and availability of the services that people need are universal across the United Kingdom.”

Liberal Democrat Baroness Barker said: “We are here debating these regulations because of a catalogue of failure of elected politicians in Northern Ireland and of officials to do something very basic – to ensure that any woman who needs or wishes to have an abortion can access it in Northern Ireland.”

Labour leader in the Lords Baroness Smith of Basildon said: “There has certainly been no indication at all from the Government, as far as I am aware, that they wanted to be in this position.”