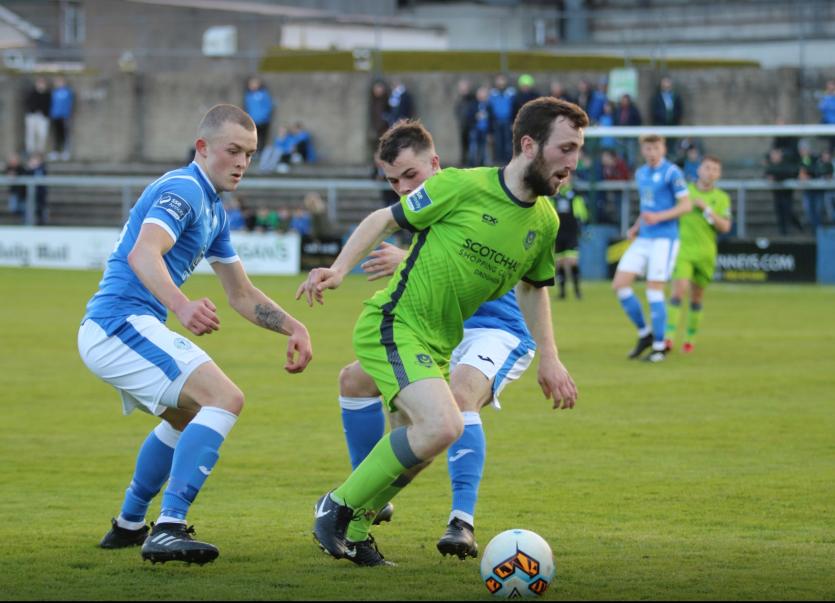 Finn Harps have confirmed the signing of right-back Colm Deasy, which brings their total of signed players for the new season to nine.
The defender comes to Harps from Drogheda Utd where he has spent the last three seasons.
Manager, Ollie Horgan says the addition of Deasy is important in terms of the defensive side of things. “Colm’s a young lad, still learning but he comes to us with a plus of having two years experience of the Premier Division with Drogheda. It’s another step in terms of the defensive side of things.”
The Finn Harps manager says he has another eight players who “are well down the line” to signing on for the 2019 season.
“There is no point in putting a panel together quickly and getting 16-18. They need to want to be there,” says Horgan, who says he has been happy with the response he has got with workshops around the county.
“We are in Gaoth Dobhair tomorrow night (tonight, Thursday) and we will see how it goes. We are trying; we need people to buy into it. The effort going around the county is to explain our situation,” said Horgan, who said that he wanted Harps to be able to compete.
“No one is making money out of it. It is about pride and staying up. Our budget is only a fraction of the other clubs, bar UCD, and they have scholarships.”
But despite the hard work which he described as “horrendous”, Horgan is looking forward with enthusiasm.
“Once the pre-season starts I look forward to it, as does Paul Hegarty. Even the year we were relegated, I enjoyed it.
“We just need to start well and stay in the race.”