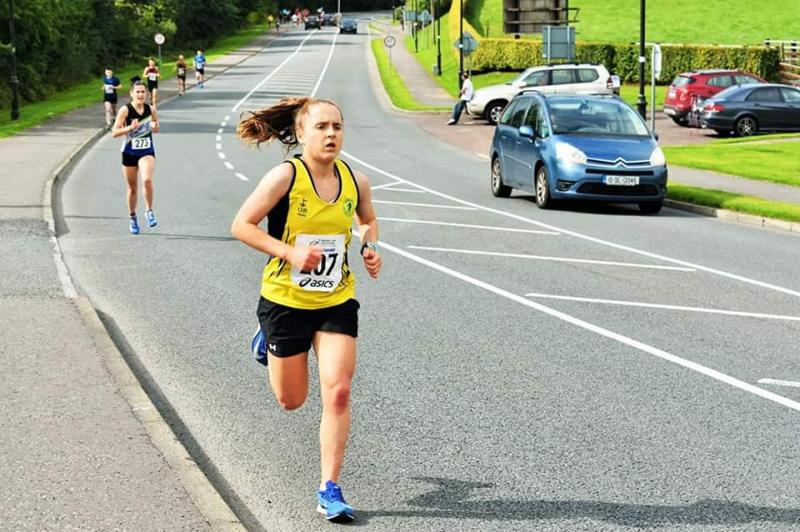 DEBUT: Donegal athlete Sarah Kelly will make her first appearance in the green singlet next month

A talented young Donegal cross country runner is set to make her Ireland debut next month.

Buncrana's Sarah Kelly will be part of the six-woman U20 team that will compete at the European Cross Country Championships in Portugal on December 8.

The 19-year-old, a second year physio student at UCD, got the nod after her impressive fourth place finish in the women's junior race at the National Cross Country Championships in Abbottstown on Sunday.

The Inishowen AC member told Donegal Live: "I got an email from Athletics Ireland this morning (Monday) and I was delighted.

"I've represented Northern Ireland before, but I've never been called up to the national team. It's something I've always hoped for and I don't think it's quite sunk in yet."

Kelly just missed out on the medals at Abbottstown, finishing one second behind Mayo runner Maeve Gallagher.

"I was in second place for a good while," she said, "but I started to feel a bit dizzy as we approached the last corner and the other two girls had that last kick in them.

"But I'm happy enough and really looking forward to going out to Lisbon now.

"I haven't had a chance to talk to Emmett (Dunleavy, coach) about it yet, but I suppose I would like to place in the top 50. The field will be massive, so for me that would be a good result.

"My mileage has gone through the roof since I got back to college in September, and I had a good four weeks there where I was doing around 80 miles.

"I'm nervous about the Europeans, certainly, but excited at the same time - I'll just go out there and see what happens."