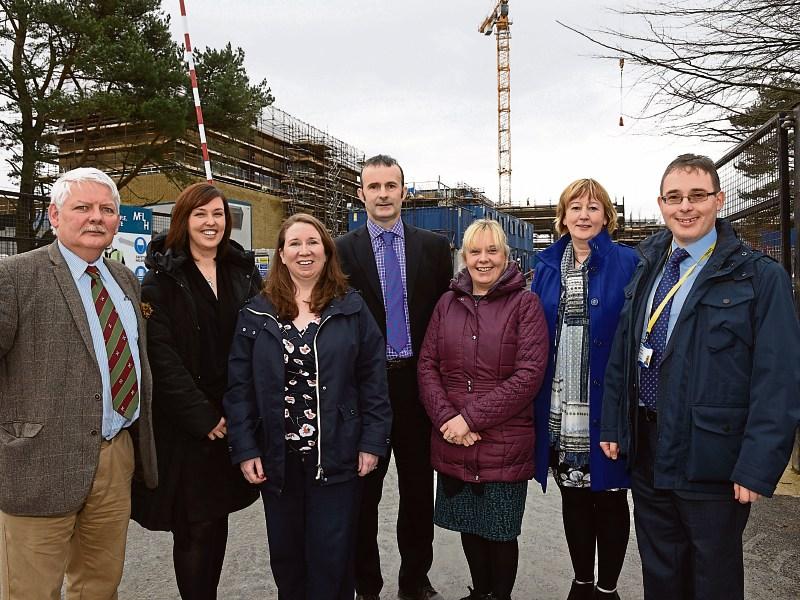 Patients from Donegal will get the same level of treatment as patients from Northern Ireland at the new cross-border radiotherapy centre in Derry when it opens later this year, management of the service has pledged.

The Dublin government has put €19m towards the cost of building the state of the art 27-bed unit at Derry’s Altnagelvin hospital. Management at the hospital say it will be one of the most advanced cancer treatment facilities in the world. Taxpayers here will contribute about 25 per cent of the running costs under a service agreement between the two governments.

Up to 400 new patients a year, out of a total of 1,500, will come from the catchment area of Letterkenny University Hospital, about 110,00 people.

The hospital has already recruited for some of the 215 posts required to run the unit. Experienced staff from Ireland, the UK, Europe, Asia and North and South America are among those that have been recruited to date.

Alan Moore, Director of Strategic Capital Development at The western Health And Social Care Trustsaid patients from Donegal will receive the same treatment as patients from Northern Ireland under the service agreement. “This is one of the most significant cross-border developments” he said.

David Stewart, consultant radiologist added: “There will be no difference,” he said. “They will have their chemotherapy in Letterkenny hospital and radiation care and management will be the same for patients from both sides of the border.”

Mr Moore said: “We are very mindful of that fact that our colleagues in the Republic have invested considerable money to make this a viable centre and we need a population of 500,000 to make that viable. We have had huge support from our colleagues in Letterkenny.”