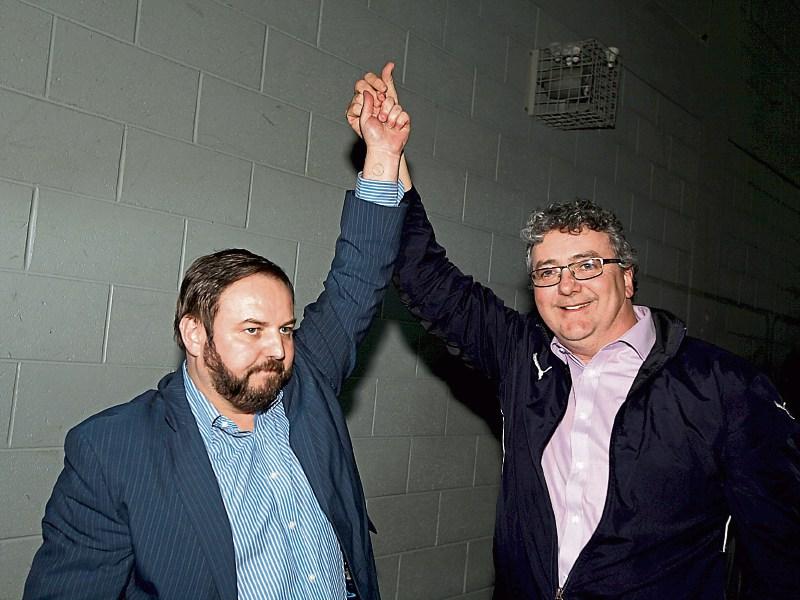 Don't miss Monday's Donegal Democrat and People's Press for all the best news. analysis and photos from around the county:

- A long count, but no recount, at Aura

- McConalogue's delight at topping the poll

- Tallies from all the polling stations

- and much, much more

Pictured: Sinn Féin's Padraig MacLochlann and Thomas Pringle Ind, who were in a nail-bitingly close contest for the last seat in Donegal in which Pringle ultimately emerged triumphant.