Highland Radio team do their bit for charity in Africa 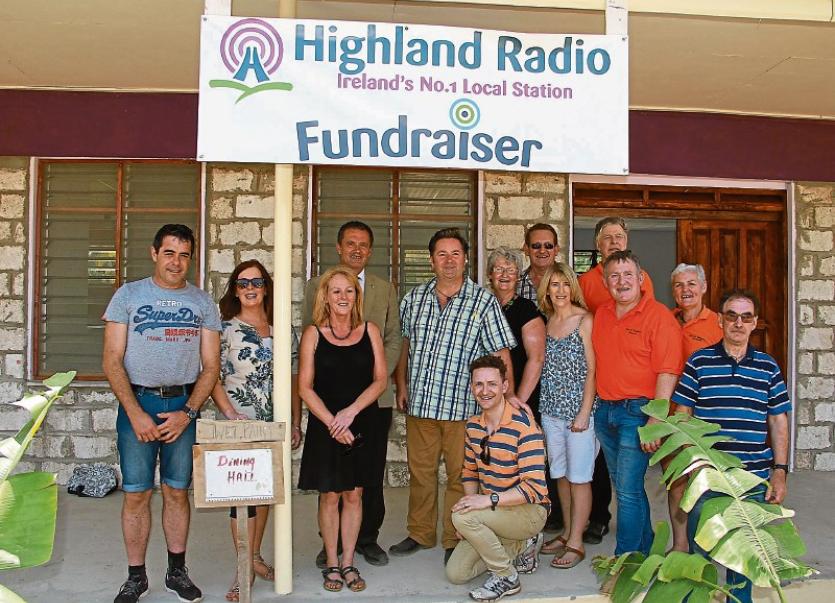 With plenty of helping hands from Donegal a group of young African children will get to see a new Ray of Sunshine.

Among the many volunteers to take part in the recent Ray of Sunshine Foundation building project in Kenya were three members of the Highland Radio team, consisting of presenters Shaun Doherty and Lee Gooch and promotions manager Mary Duffy.

They joined the last week of the trip and spent a busy week helping prepare the finishing touches to the new purpose built centre for children that had been trafficked.

Mary  explained that it was a week of hard work but a highly rewarding experience.

”It is something I would certainly do again and I would recommend it to anybody as it was so worthwhile,” she stated.

Over four weeks, teams of up to 40 volunteers each week played a role in helping build the centre, with each new team taking up where the previous teams left off. Each of the volunteers had to raise €3,000 to participate in the trip and this covered travel and the building materials they would use once they arrived in Mombassa, Kenya.

There both the skilled and unskilled volunteers worked along side each other as well as local people who were involved with the project.

Mary said she and her colleagues manage to raise up to €30,000 and they also donated some of the money raised to the Donegal Down Syndrome group.

As they were part of the the last group to take part in the African project they got to remain for the official opening which was performed by the Irish Ambassador to Kenya, Dr Vincent O’Neill.