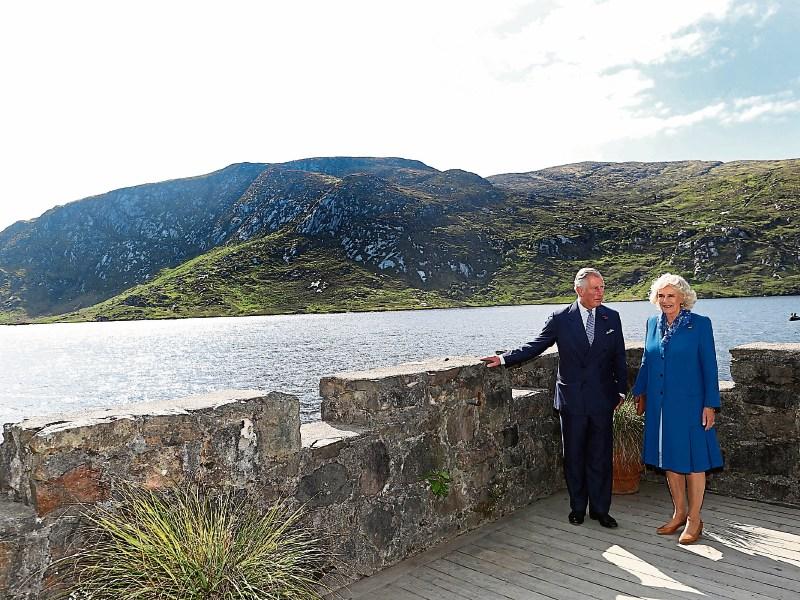 The Prince of Wales was exceptionally interested in the wonderful plant life that is housed by the walled garden in Glenveagh.

Escorted by the head gardener at Glenveagh, Seán Ó Gaoithin, the Prince and the Duchess visited the walled garden, where they learned about Glenveagh’s involvement in conservation programme, including the seedbank programme.

Prince Charles was introduced to a plant believed to have been grown in Tory island by the monks by the head gardener as they passed through the garden which was awash with colour in the summer sun.

The royal highnesses were also given the opportunity to see how the garden has developed over the last century. Photo by Maxwells.