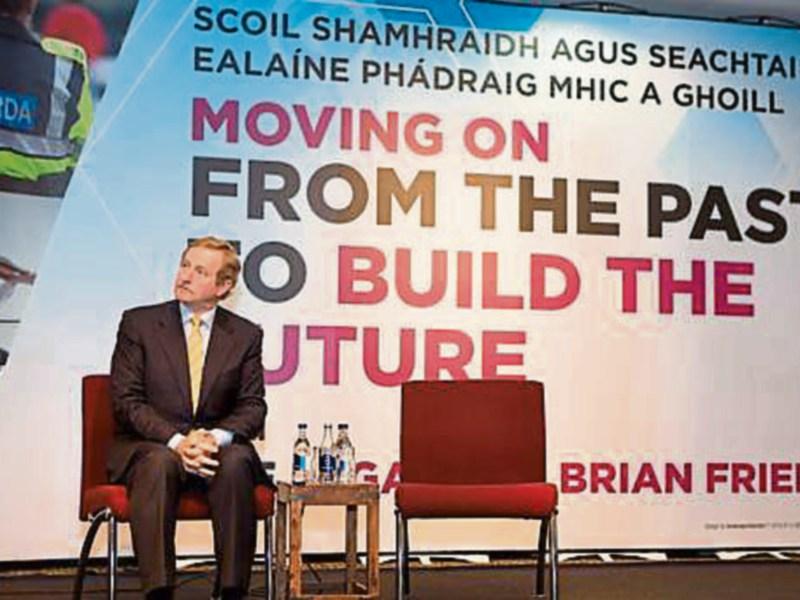 Taoiseach Enda Kenny may well have opened a Pandora's Box when he hinted at the possibility of a Border Poll on the reunification of Ireland.

Speaking on Monday evening at the MacGill Summer School in Glenties, Kenny departed from his prepared script when he addressed the implications of the recent poll during his speech and afterwards to the assembled media.

He said that he did not favour a border poll at present but stressed that should it be the wish of the people of the majority of people in Northern Ireland to leave the UK the prospect of this poll would be very real.

“This is already built in to the conditions of the Good Friday agreement” he said.

Asked was this really a reality he replied as Gaelige, “Béidir, béidir.”

It seems, a definite reality is that Kenny has no intention of vacating his position as Taoiseach, despite reports suggesting otherwise. “I have no intention of standing down. I intend to see that this government implements the programme for Government. This partnership government will go the full distance, this is a partnership. Nobody has a majority, we must share our views and maintain a partnership where we work together.”

This year’s festival has been busy thus far, but with the programme running up until Friday night there are still a number of events worth drawing attention to.

Wednesday at 10.30am sees Mairead McGuinness, Vice President of the European Parliament, discuss Ireland’s position in an unstable world, with a particular focus on the recent Brexit vote.

The event will be wrapped up at 8.30pm on Friday with, among others,Labour Party leader, Brendan Howlin, and former Irish Times Editor, Conor Brady, discussing what will become of Ireland in the present day given the celebration of 1916 this year.