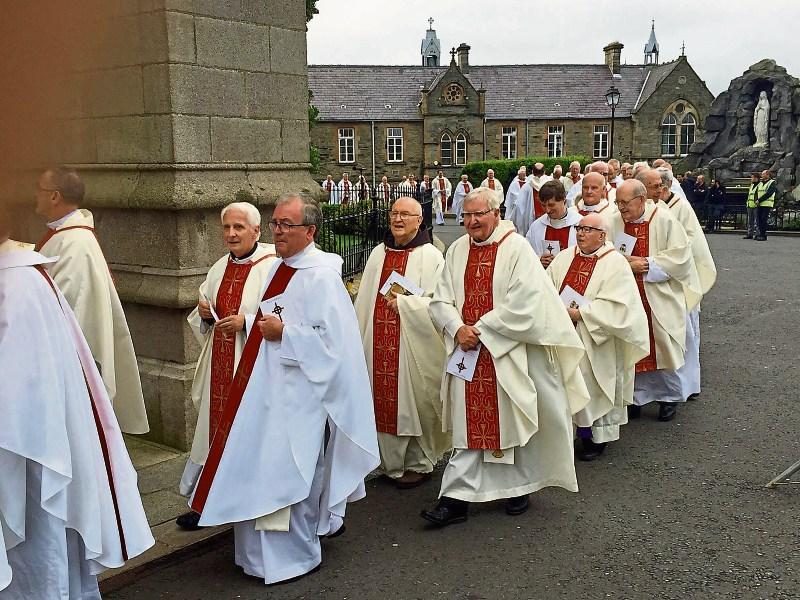 Thousands of people, among them President Michael D Higgins, are attending the funeral of the former Bishop of Derry, Edward Daly in St. Eugene’s Cathedral, Derry which begun at 3.30pm.

His sisters, Ms Anne Gibson and Mrs Marion Ferguson, as well as his nieces and nephews, are among the chief mourners.

Cardinal Seán Brady, Archbishop Emeritus of Armagh, Bishop of Derry Donal McKeown and a number of other bishops, priests and clergy from other dioceses around the country are present.

President Michael D Higgins is attending the funeral mass as are a host of political and community leaders from across the island of Ireland with politcal representatives from the UK and across Europe also attending.

Special message of condolence from the Holy Father Pope Francis

The Holy Father Pope Francis sent the following special message of condolence: “The Holy Father was saddened to learn of the death of the Most Reverend Edward Kevin Daly, Bishop Emeritus of Derry, and he sends heartfelt condolences to his family and to the clergy, religious and lay faithful of the Diocese. Recalling Bishop Daly’s generous and dedicated episcopal ministry in the service of peace and justice, His Holiness joins you in prayerful thanksgiving for his life and in commending his soul to the merciful love of God Our Father. To all who mourn the late Bishop’s passing, Pope Francis cordially imparts his Apostolic Blessing as a pledge of hope and consolation in our Lord Jesus Christ.”