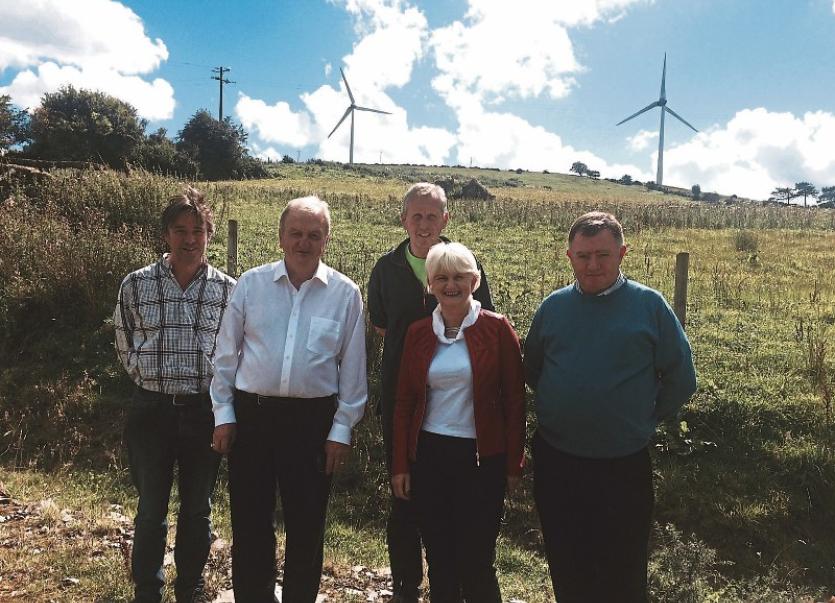 An MEP says ‘developer led massive wind farms’ is not the way forward and she is advocating more community led wind farm projects should be encouraged.

Following a meeting with representatives of the community owned Templederry Energy Resources which has two wind turbines operating in North Tipperary, MEP Marian Harkin is convinced that the Templederry project is a blueprint others should follow:

“The community of Templederry had to overcome many obstacles in developing their project which is now fully operational and, through its supply company, can service the electricity needs of their area”. Their project is a classic case of a community working together for their mutual long term benefit, she said.

“What the community of Templederry has done is to provide themselves with a service which is cost controlled and which, for the future, provides a template for communities throughout Ireland to follow their positive leadership,” she said.

Alluding to issues with larger wind farm projects, the Sligo woman added: “Renewable energy is an important component of Ireland’s future energy policy but the way it has developed to date through developer led massive wind farms being imposed on communities has resulted in huge opposition to projects throughout the length and breadth of Ireland.

“We still need a properly researched energy policy accompanied by a cost benefit analysis, and agreed set back distance from homes, schools etc. and a genuine opportunity for a community led and managed initiative.”

She acknowledged that then Energy Minister Alex White had pledged last October to introduce new measures to encourage community ownership of wind farms as he said that existing structures around community payback were weak and this would be addressed in the planned White Paper on Energy.

Ms Harkin added: “Luckily the community of Templederry had not waited for this government support as it was noticeably weak in the White Paper published in December last.”

She said it iis to the great credit of Templederry Energy Resources that they are prepared to share their experience in developing their project with communities elsewhere and are prepared to provide advice and assistance to communities wishing to follow their positive and successful example.