Four ladies who work at Letterkenny hospital to brave the blade 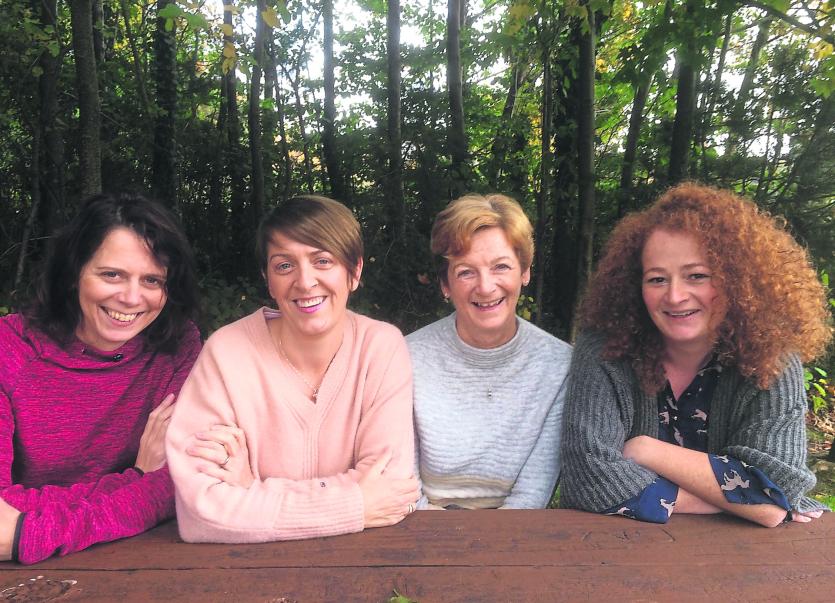 Four Donegal women will undertake a charity head shave next weekend.
Debbie Houston from Milford and Letterkenny women - Sonia McGarvey, Stephanie McCole and Kerrie Duffy - will shave their heads to raise funds for three charities - Donegal Hospice, Pieta House and The Alzheimer Society of Ireland.
All four women work in the Stroke and Medical Rehabilitation Unit at Letterkenny University Hospital.
The fundraising event takes place this Saturday, November 12th in Arena 7 at 9pm and members of the public are invited to come along and show their support.
Mum of three Debbie Houston is an Occupational Therapy Assistant at LUH and her charity is the Alzheimer's Society of Ireland Donegal Branch. She said, “I've had a personal experience of Alzheimer’s within my family and have witnessed the devastating effect that the disease has on an individual and their families.”
Stephanie McCole has three daughters and is a Physiotherapy Assistant at LUH. “My chosen charity is the Donegal Hospice because cancer has claimed the lives of many of my dear family and close friends. I’ve experienced first-hand the vital role that the Donegal Hospice plays in providing patients with comfort care and dignity on their final journey and would be delighted to do anything I can to support them.”
Physio Assistant at LUH, Kerrie Duffy is also a mum of three and has selected Pieta House as her charity: “Unfortunately, most people are unaware that someone is suffering in silence from depression until they commit suicide. Donegal has been hit particularly hard and I believe people could really benefit from the services of Pieta House.”
Mum of two, Sonia McGarvey is an Occupational Therapist in the Stroke and Medical Rehab Unit in LUH. She said, “When my friend and work colleague Debbie told me about the charity head shave, I was struck by their enthusiasm and inspired by the charities. Before I knew it, I had offered my mass of unruly hair “I lost a dear friend, Noreen Diver, to cancer in January and I can just imagine what she would have to say. She's raising funds for all three charities.
Sponsorship cards are available from Debbie Houston on 086 3153243 or via the Go Fund Me page, www.gofundme.com (search "Ladies Charity Head Shave" in Donegal).