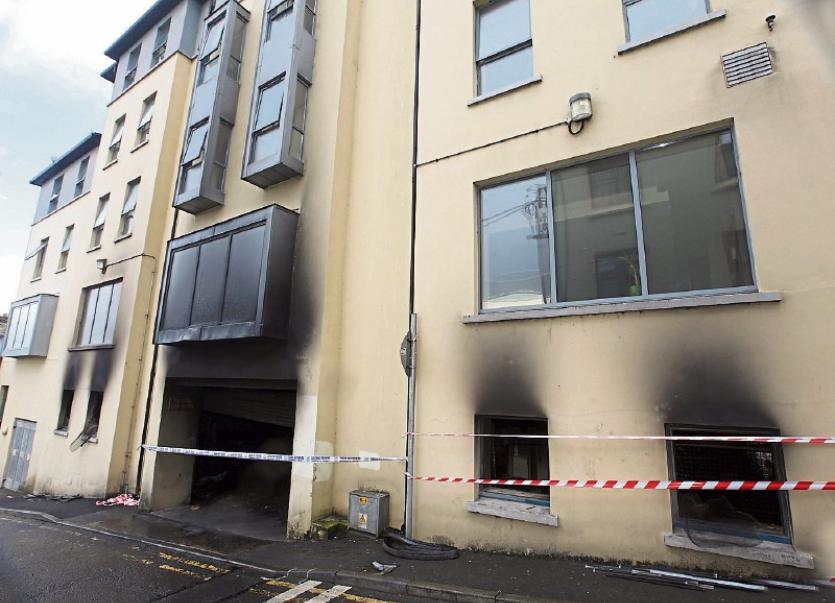 The building damaged by the fire in September

Businesses affected by a fire that is estimated to have caused half a million euro of damage in Letterkenny have been closed again while work continues to repair the building where the blaze took place.

The Building on Rosemount Lane was severely damaged in the fire which took place on September 29th.

The fire was started deliberately in an underground car park and nine cars were destroyed.

Seventeen apartments above the car park also suffered smoke damage and up to 16 families have had to leave their homes.

Watons’s Menswear and O'Hehirs bakery reopened at the end of October, but the two of them have had to close again while steel work is carried out in the block.

They closed on November 21st and hope to open again next Monday when the work is completed.

O’Hehir’s bakery had only reopened the front part of its shop and has not been able to reopen its cafe.

The business faces a further period of closure in the new year when a refit will be carried out.

Manager of the premises, Seamus Nallen, said the shop had been open for just two or three weeks before it had to close again.

“The mess in here, it is a long term job when this will be done,” he said.