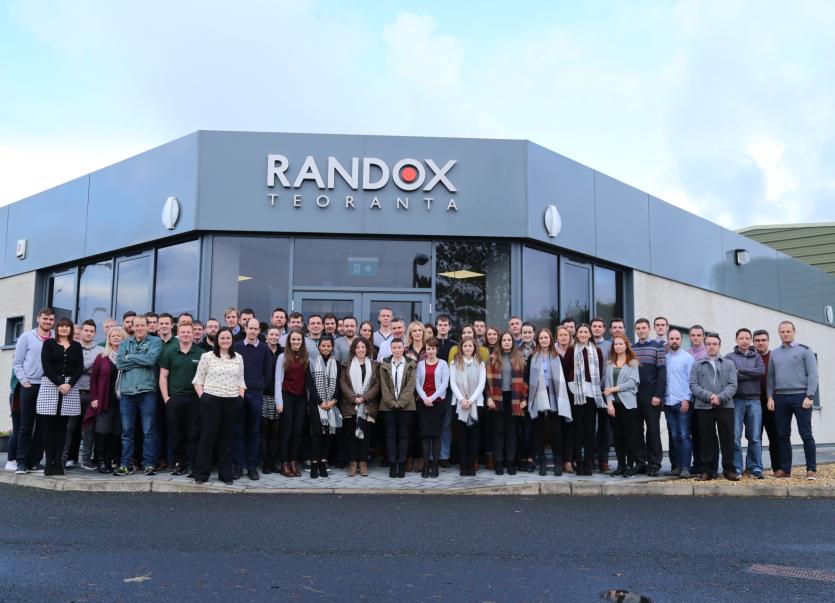 The Randox premises in Dungloe

In 2016, a revolutionary test was launched for Alzheimer’s Disease, drugs testing software was developed to help criminal investigators and intuitive diagnostic technology was created, enabling more lives around the world to be saved.

It all happened at Randox Teoranta in Dungloe.

Today it’s launching a recruitment campaign that challenges scientists, engineers, software developers and software testers to consider what they might achieve in 2017.

The €25m state-of-the-art research, development and manufacturing site is committed to designing diagnostics technology to revolutionise global health. It’s driven by the philosophy of its founder Dr Peter FitzGerald who believes that a preventive approach to healthcare, supported by more accurate testing, is the future.

Approximately five per cent of the world’s population is given a medical diagnosis using Randox products. Our patented Biochip Array technology is award-winning and we have more tests in development than any other diagnostics company.

Randox operates in 145 countries, with more than 1400 employees. Substantial investment at the Teoranta site will lead to the recruitment of an additional 400 people – with a current focus on recruitment within the fields of science, engineering and software development.

If you would like the opportunity to join the Randox team and make your mark on the face of global health, please join us at our open morning on Friday 23rd December and find out more.