"Go mBeinnse Choíche Saor" by Máire Dinny Wren, named one of the best Irish-language books of the year. 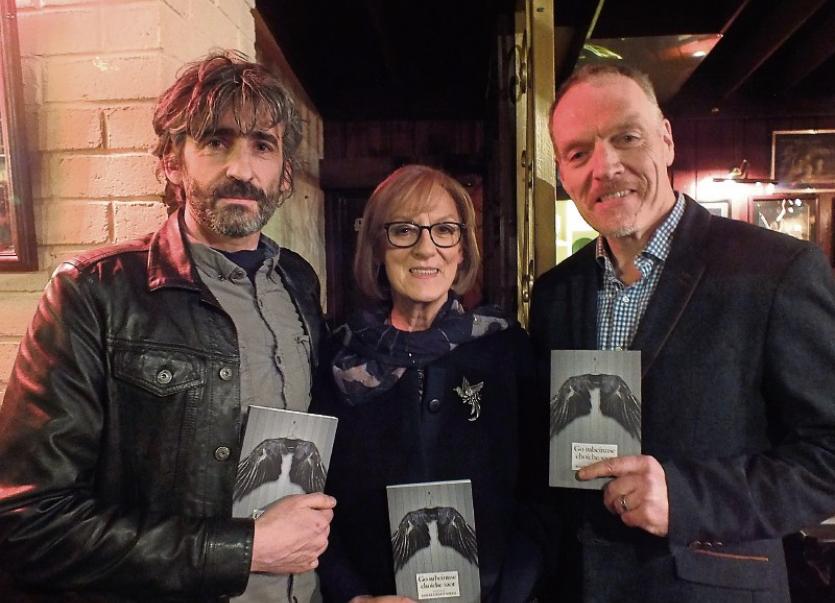 A collection of short stories by a Gaoth Dobhair writer and poet has been tipped by The Irish Times as one of the top Irish-language books of the year.

“It’s nice to get the recognition, especially in the same year that the book was published,” Máire said. “I’m honoured to be in such highly regarded company of writers.

“I’m also very pleased for Eoghan Mac Giolla Bhríde of Éabhlóid, the publishers, who are based here in Gaoth Dobhair,” Máire said. She said Eoghan was also her editor and she worked closely with him on the stories.

In his review, Cathal wrote, ‘Máire Dinny Wren is from Gaoth Dobhair, in the County Donegal Gaeltacht, and that rugged area provides the setting for many of her stories of women attempting to survive domestic violence, love gone wrong or the difficulties of old age.”

Calling the collection, “refreshing”, Cathal said “Go mBeinnse Choíche Saor” was “beautifully written and sometimes poetic, with a variety of credible and sympathetic characters struggling with life around the stormy Donegal coast”.

Máire said she was also grateful to all those who had sent her messages of support in the months since the book was published earlier in the year, and to her readers and those who wrote reviews.

“I understand that there are further reviews of the book to be published in the next edition of iris Comhar and of iris IMRAM,” she said. Máire has also learned that stories from her collection are on a course at NUI Galway, Scríbhneoireacht na gConallach, with lecturer Dr Lillis Ó Laoire, “which was also very good news,” she said.

“It gives me the courage to carry on,” Máire said.

Born in Gaoth Dobhair, Máire lived in London for 21 years, where she was a member of the Green Ink Writers’ Group, before returning to Ireland in 1999.

A radio adaption of her short story, “Thar an Tairseach”, was broadcast by RTÉ Radio on the programme Drama on One, and was shortlisted for Prix Europa 2013.

Máire’s poems and short stories have been broadcast on Raidió na Gaeltachta and Raidió Fáilte, and her work has also been published in such publications as Comhar, an tUltach, Irish Pages, An Gael, North West Words Arts Magazine and Winners’ Anthology 2010 – Writers Week Listowel.

Máire’s first collection of poetry, “Ó Bhile go Bile”, was published by Coiscéim in 2011 and four of her stories were published in 2012 by Éabhlóid in the collection, “go dtí an lá bán”.

Máire said it took her a few years to get this new collection of short stories together for publication.

“It was hard work, but it was worth it,” she said. “Even when you meet someone who says they really enjoyed reading the stories, it gives you a big boost.

”That’s the biggest compliment you can get,” Máire said.

She said it was more difficult to sell books as Gaeilge than books published in English, “but that doesn’t put you off”.

Máire was also pleased to see the publisher Éabhlóid included in the Irish Times’ list.

”It’s great that a publisher based here on the fringes of the north-west Atlantic can reach national and international audiences with their publications,” she said.