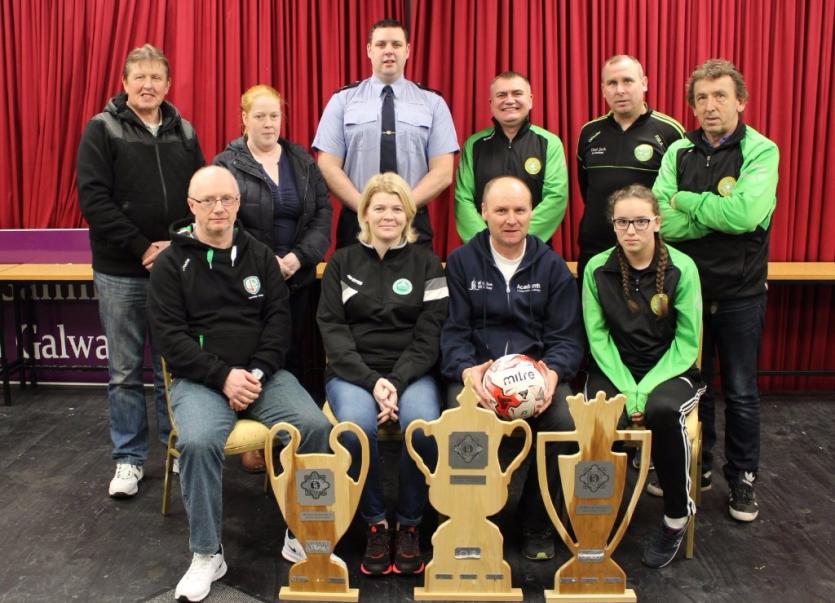 Pictured at the registration night of the Garda Síochána and Pobal le Chéile Football event in Gaoth Dobhair in aid of local charities.

The Garda Síochána in Gaoth Dobhair in association with Pobal le Chéile and local football clubs have teamed up to raise funds for local charities.

They are organizing a number of teams and they will play the games at the Gweedore United football pitch at Carrickboyle.

This is the second year for this event to take place and last year all the games were played at the Gweedore Celtic football pitch at an Screabán, Derrybeg and they managed to raise a sum close to €2,000 which was presented to the Gaoth Dobhair Day Care Centre at Derrybeg.

Garda Rónán Steede is responsible for coming up with the idea to organise the event in Gaoth Dobhair which was a resounding success last year. There was a registration night in Acadamh na hOllscolaíochta Gaeilge on the Gaoth Dobhair Business Park and Garda Steede has expressed his delight with the number of both male and female willing to take part.

The teams will be made up of men aged over forty years and women over 30 years age group.