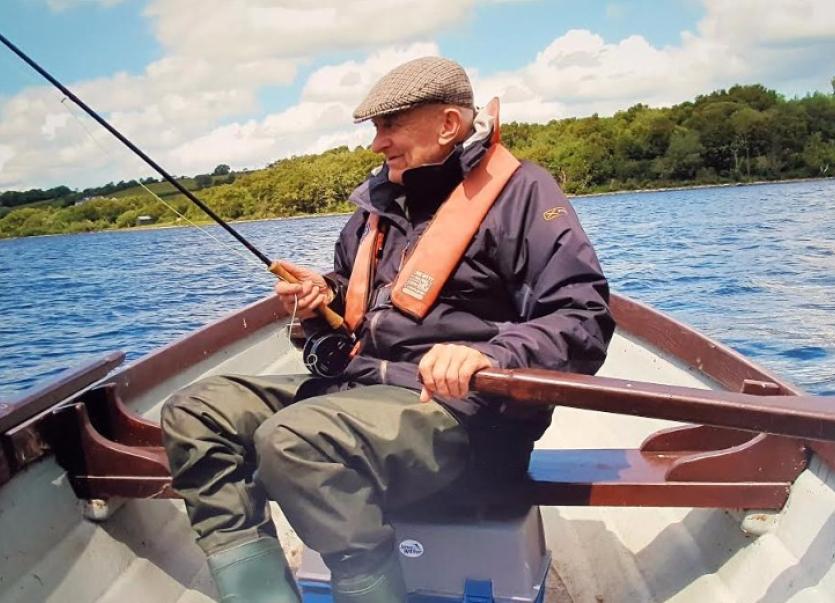 This past week marked the passing of not just an eminent and distinguished psychiatrist of the medical profession in County Donegal, but also the loss of a much loved husband, father and grandfather.
Dr. Matthew (P. Gerry) Lawler was a true Dubliner who adopted to his Donegal surroundings like a native, an able fisherman who was a familiar sight on the great angling lakes of Ireland and a reasonable golfer as well.
He came to Donegal in the early 1970s as resident medical superintendent of St. Conal’s Hospital. Over the next four decades he made a huge contribution to mental health service provision in the county.
When he first arrived, the mental health service was very much institutional-based, with a fledgling community service in place.
Under his stewardship he oversaw the emergence of a modern community service, a service which all who knew him and worked with him know is where it is today thanks to him.
On his arrival in St. Conal’s, the building was home to several hundred people, many of whom were inappropriately placed. By the time he retired the number of residents at St. Conal’s was down to a handful.
While the hospital was open, Dr. Lawler took a keen interest in every aspect of its life. From bringing his family to Sunday Mass in the hospital chapel, to meeting the nurse managers first thing every morning, to getting a handover on all of the happenings; from diligent and attentive ward rounds by day and by night to participation in the social activities of the hospital, including presentations and graduations, Dr. Lawler was ever present.
Of course he never really retired, and for years afterwards he taught junior medical staff who were participating in post-graduate development.
His teaching skills were legendary and all through his career generations of student nurses, GP trainees and aspiring psychiatrists were spellbound at his lectures. His wealth of knowledge was complemented by his wonderful style of delivery and, of course, laced with his famous humour.
Dr. Lawler was a wonderful psychiatrist. He took a deep interest in all his patients and knew them exceptionally well. He had a particular interest in the welfare of those patients who were long-term resident in St. Conal’s, and would actively advocate for them at every opportunity.
In his years in Donegal, many families got to know Dr. Lawler. There are countless people all over the county who to this day acknowledge the enormous help he was to them and their loved ones.
In his practice, Dr. Lawler developed many relationships with nurses, therapists and allied health professionals as well as fellow doctors. Whatever skill or particular knowledge they had that he could utilise to the betterment of those in his care, he availed of it.
He had a great respect for all who worked with him and encouraged many a mental health professional to go on and achieve goals sometimes they themselves didn’t expect they could attain.
Dr. Lawler was in his time, among other things, a member of the County Donegal Health Committee and of the North Western Health Board, and as with every organisation he belonged to he brought to them great knowledge and made many important contributions. Through membership of groups such as these he always used to advocate for the betterment of mental health service users and the wider community.
The legacy of Dr. Lawler to Donegal is the hundreds of families whose journey through mental ill health has been lightened thanks to his intervention, the generations of nurses and doctors whose professional knowledge was enhanced by learning from him and the rich crop of community mental services now available in the county which grew from the saplings he planted and tended to.
Dr. Lawler is survived by his wife, Frances; his children, Catherine, Leo and Zita; his daughter-in-law, Teresa; his grandchildren Jack, Matthew and Cristian; and extended family. Our deepest sympathy to them.
He reposed at St. Conal’s Hospital chapel on Saturday, January 21st. At the removal there was a guard of honour by colleagues, medical personnel, nursing staff and hospital staff as a tribute to Dr. Lawler. Dr. Lawler’s remains arrived at St. Eunan’s Cathedral that evening, where they were met by a guard of honour of past presidents, captains and members of Barnhill Golf Club in Letterkenny.
Father Eamonn McLaughlin was the principal celebrant of the funeral Mass on Sunday, January 22nd, at St. Eunan’s Cathedral in Letterkenny. Concelebrants included Father Martin Chambers, Letterkenny University Hospital chaplain; and Father Rory Brady.
The Gospel was proclaimed by Father Chambers and the readings were delivered by Father Brady. The Prayers of the Faithful were read by Dr. Lawler’s grandson Jack. Music was provided by the St. Eunan’s Cathedral Choir, under the direction of the organist, Father Michael Carney.
Cremation took place at Glasnevin Crematorium in Dublin on Monday afternoon.