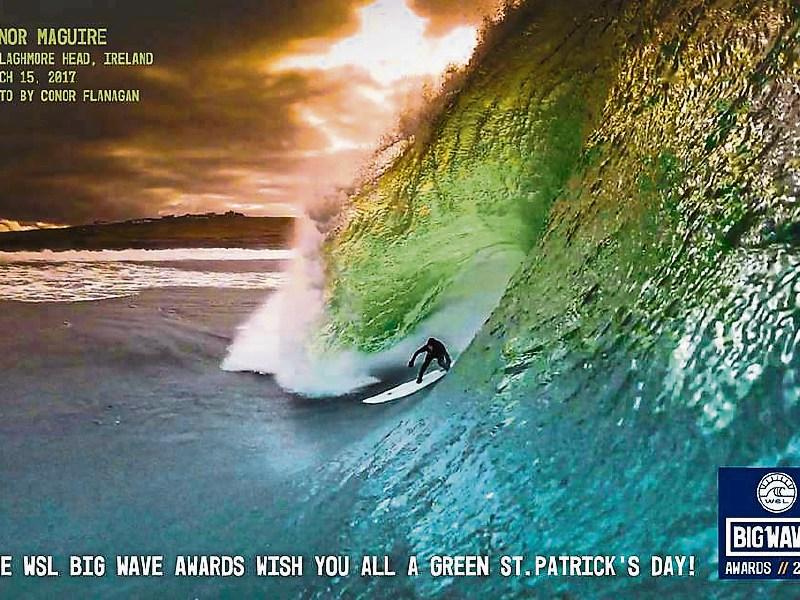 Bundoran big wave surfer, Conor Maguire, who has secured a nomination to one of the most prestigious surf awards earlier this year, has now secured two more nominations in the Billabong XXL Big Wave Awards.

Conor received a nomination in the World Surf League Billabong XXL “Ride of the Year” category for a spectacular wave he caught off Mullaghmore Head, in Co. Sligo in early February.

Conor says he was delighted to get the further nominations and he is now hoping to make it into the top of five when the finals are decided this summer in California.

All the waves nominated were at Mullaghmore Head in Donegal Bay.

This has helped place the north west big wave spot as one of of the best in the world and highlighting the Wild Atlantic Way across the world.

“It been great to get the nomination not just in the Ride of the year category but also the Tube of the Year, which came from a photograph taken by my friend on his Gopro. Hopefully I’ll get in the top five now. The waves just kept coming this year and big waves like these almost became normal,” he laughed.