The Cup of Tae Festival returns to Ardara this weekend 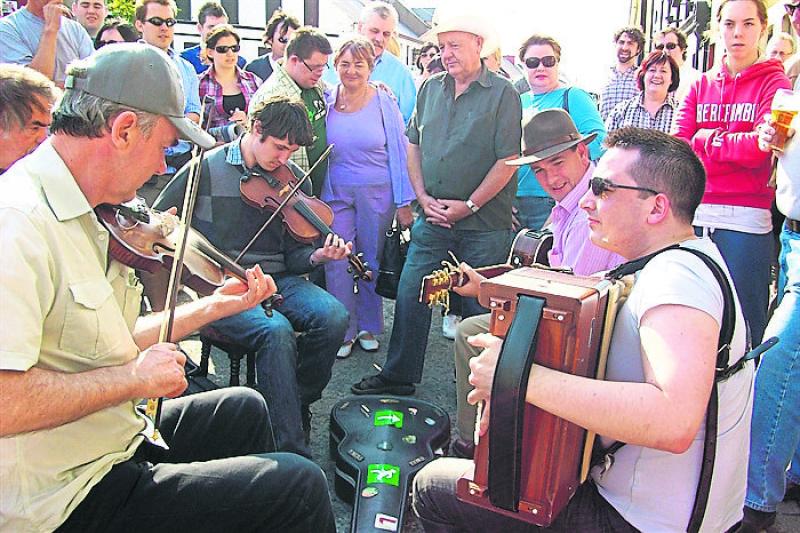 Fiddles, accordions, banjos - you can expect it all this weekend in Ardara. INDD 2704 Tae 3 MVB

Often called the biggest little festival in Ireland, the Cup of Tae in many respects is like a fleadh with the fun, humour and atmosphere, but without the pressure of competition.

Like the famous Christy Moore song, you never know who'd be hanging about. You could meet anyone from the world of music at the Cup of Tae Festival.

A wonderful festival not to be missed, the Cup of Tae runs from tomorrow, Friday, 28th April to 1st May.

The festival started back in 2001 when some people felt that the whole ethos of south Donegal fiddle playing was at risk, hence the much emphasis on the schools of music at the Cup of Tae Festival, and this year one of Donegal's great young fiddle tutors and players Ciaran O'Maonaigh is taking the master class, ably accompanied by this year's special guest Martin McGinley, one of the best known musicians of his time.

This is really a great opportunity for anyone interested in fiddle playing to come along to be taught by these great masters of the fiddle. Also this year, Donna Harkin will take charge of classes in other instruments as usual.

This year we celebrate the 100th birthday of Packie Manus Byrne (That distinctive photo on the front of the Donegal Democrat's book, "Yesteryears", is a photo of Packie taken by Anne McMenamin).

Although Packie is no longer with us, his friend James Keeney will present a show in The Corner House Bar in his memory on Saturday evening with many of Packie's friends and fellow musicians participating. This is followed at 9pm by an excellent concert in the Beehive Bar with Ciaran O'Maonaigh and friends, and this show just is a must for lovers of traditional music.

This year also, many of the recitals in The Heritage Centre at 1pm Saturday and Sunday will be given by a group of excellent musicians from Cavan called Caioramh. They will be joined by local and excellent fiddle player Michael O'Rourke who will also talk about the making of fiddles. Caioramh will also perform on the street, weather permitting.

There is a wonderful selection of sheet music organised for each pub during The Cup of Tae festival weekend, well worth visiting to see and hear the best.

The concerts of the weekend are always a must, with the opening concert honouring Martin McGinley at 8pm on the Friday night in The Heritage Centre. There is a huge array of top musicians performing at this concert, so space is limited and priority to be there in time.

The Saturday night has two concerts, The Packie Manus and The Ciaran O'Maonaigh concerts. The fiddle concert, the ever popular John The Tae concert, is on The Heritage Centre on Sunday night at 8.30pm, where all our young musicians, our guest of honour and the cream of the crop will perform.