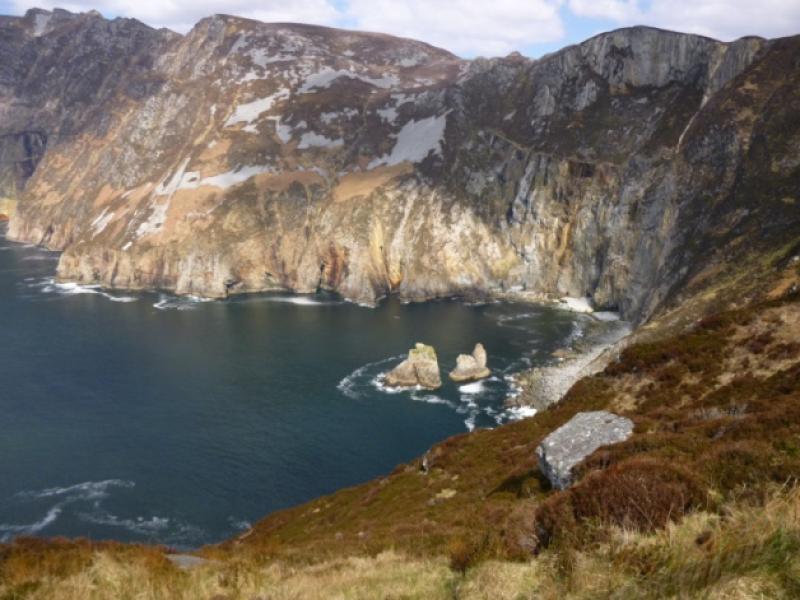 Donegal County Council's expenditure on the Sliabh Liag Cliffs project has soared to more than twice what was originally budgeted.
The project to improve the experience of visitors to the cliffs was originally budgeted at €4.2m with over €2.5m from Fáilte Ireland and over €1.3m coming from European funding.
The council's original funding amounted to €480,000 but a report by the Local Government Audit Service shows the council has spent €663,000 and intends to allocate another €400,000 to the project.
In the report the Local Government Auditor Raymond Lavin said the council’s revised contribution is €1.06m or 220 per cent greater than originally intended.
The audit report, which was presented to Donegal County Council this week, says the overall cost of the project is now expected to be at least €4.9m, a 17 per cent increase on the original budget.
The project includes the development of a tourism transport hub at Teelin, a major upgrade of the road network between Carrick and Bunglas, extension and renovation of car parking facilities, a ranger station and toilet amenities at the lower car park and the remediation of the Sliabh Liag clifftop path.
Two years ago Mountaineering Ireland, the all-island representative body for climbers and walkers, criticised the remedial work being carried out on the clifftop path and called for the work to be halted.
The council said at the time that it was aware of Mountaineering Ireland’s concerns and said it will ensure the work is completed to the highest standards.