Rose went barefoot to school to Lattoone, she called it the academy on the hill and she worked on the farm, loved nature and clearly recalled the US airmen coming to west Fermanagh. 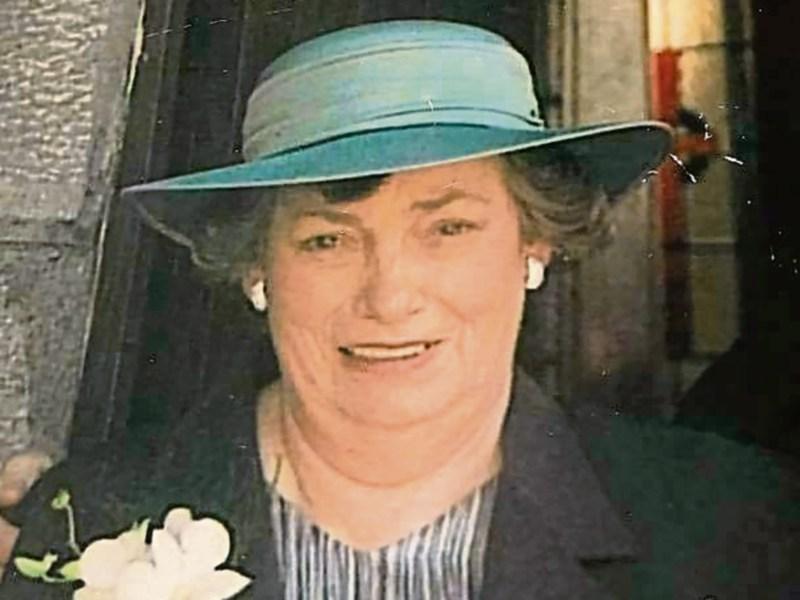 The late Rose McLaughlin, who died on July 20th

Rose McGuire was born on October 9 1932, in Tullygrevagh a few miles from Cashel in County Fermanagh.

Joe Johnny Maguire and Teresa Ward were her parents, and she had one brother John McGuire, who is still alive.

Like her father Joe Johnny, she loved learning, was a little queen of the land of books, a sensitive and sensible child whose world was shattered when she lost her beloved mother Teresa in 1939.

Her mother’s death meant there would be no secondary school in Mount Lourdes to develop her gifts and life was hard on a hill farm.

Rose went barefoot to school to Lattoone, she called it the academy on the hill and she worked on the farm, loved nature and clearly recalled the US airmen coming to west Fermanagh.

She also remembered the noise of the planes over Tullygrevagh in the war years, the rationing and the smuggling.

Her memories were clear and accurate, and she wrote a moving account of those years in recent years.

In the early 1950s she went to work in the Carlton Hotel Belleek, where one evening she spotted a man called Willie McLaughlin swinging from a lamp- post at McManus’s Corner.

Love blossomed between two very different, but complementary people. They married in 1954 in Garrison and had their wedding breakfast in the Melvin in Ballyshannon.

Willie was and is a GAA fanatic, so they spent part of their honeymoon watching Meath beating Kerry in the All-Ireland Final in 1954.

Their early years of marriage took them to the famed Rosses and Gaoth Dobhair where they lived until 1960.

Rose had crosses to bear here, after having two miscarriages and her daughter baby Rose died.

Despite periods of serious illness, Rose never lost her faith or her wonderful droll sense of humour or her love and total devotion to her family.

Rose was determined that her children would have the education she was denied and took a great interest in all their activities.

She always tried to answer all their questions but had a neat riposte for one particularly inquisitive child when she asked;

“Do you think I am a walking encyclopaedia”? but still answered the question.

Rose was quiet and reserved by nature, but was a fount of wisdom in the wonderful home she made for Willie, Gerard, Liam, Catherine, Maurice and Martin in Cloghore.

Like her mother, Teresa, she was a great cook and could make a little go a long way.

She loved all of her children unconditionally, had a deep and genuine faith and lived by the old Indian adage that before criticizing anyone, you should think what it would be like to walk in their moccasins.

Rose had a deep and genuine love for small children and animals, for the wounded, the bruised and the broken.

But she never judged, and instead prayed because she really believed that this life was “no lasting city and no abiding stay”.

She never had much of the world’s wealth but gave what she could to the Missions, and those in need.

Rose had a lovely smile of welcome, disliked gossip and always saw the good in everyone.

She treated all with respect and courtesy and was a great favourite with all of her grandchildren as well.

Rose always taught her family that while it was good to be clever it was much better to be kind.

And her family thinks it was no accident that she died exactly one year after another great lady called Rose Gallagher who was one of her finest friends.

Two lovely Roses forever blooming in our hearts in Ballyshannon, on the edge of the Atlantic.