Refugee plans for Donegal suspended due to recent flooding problems 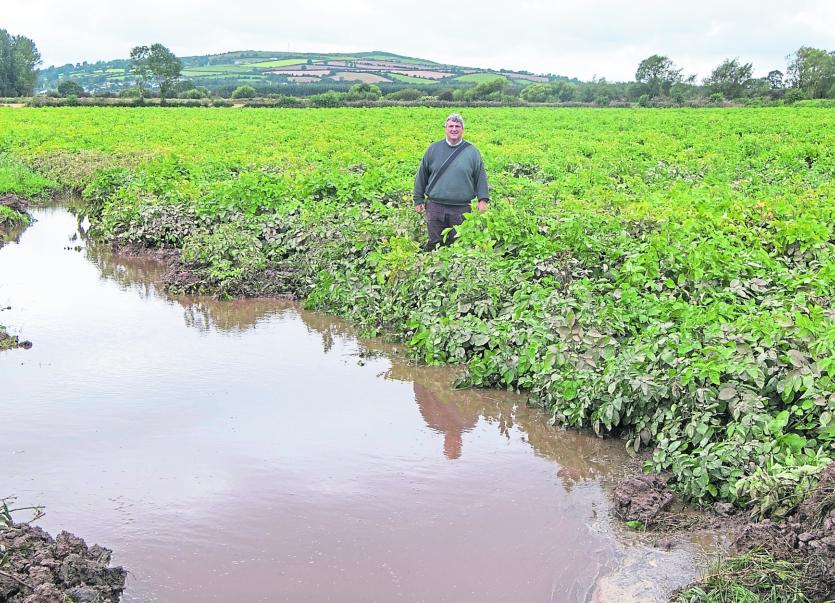 August flooding in Inishowen has impacted in so many ways - including plans to resettle refugees in Inishowen.

The programme to resettle refugees from the Syrian war in Donegal has been suspended following the flooding in Inishowen leading to a call for the refugees to be resettled in other parts of the county.
Twelve families were due to be resettled this month in Buncrana and Carndonagh, two towns badly hit by the flooding of August 22nd.
The families were initially to come to Donegal in May but the programme was put back to September.
Donegal County Council confirmed following a query from the Donegal People’s Press that the programme has been suspended but it said it hopes it will recommence as soon as possible.
In a statement the council said: “Following on from the recent flooding in Inishowen, Donegal County Council is continuing to work with the Irish Refugee Protection Programme to ensure that disruption to the refugee resettlement project is temporary.
“ It is hoped that the resettlement programme will be back on track as soon as resources allow.”
Up to 30 families are expected to be coming to Donegal in two phases, the first of which were to come to Inishowen.
Cllr Jack Murray said while there is a moral obligation to resettle refugees, the floods had created a serious housing shortage in Inishowen which means the option of resettling the refugees in other parts of the county should be considered.

Moral obligation
“The council and Irish society have a moral obligation to house people in desperate need and who are fleeing a war zone and a hellish situation,” the Sinn Féin councillor said.
“Given our recent past and given the level of help that other European countries have given refugees, we need to step up to the mark.
“While Inishowen was intended to house the first refugees, it is obvious that the floods have created a serious housing shortage in Inishowen where we still have a number of families living in hotels due to a lack of accommodation, therefore, I feel that while we should house these families, it makes more sense to look at other municipal districts that are not experiencing a crisis in housing like we are.
“This is not about shirking our humanitarian responsibility, it is just dealing with the reality of the situation where there has been a natural disaster that has seriously reduced the level of housing available.”
A total of 760 refugees arrived in Ireland last year under the government’s humanitarian programme for people fleeing conflict in Syria and other war-torn countries in the Middle East and north Africa.
The Irish government has committed to admitting 4,000 people over three years.