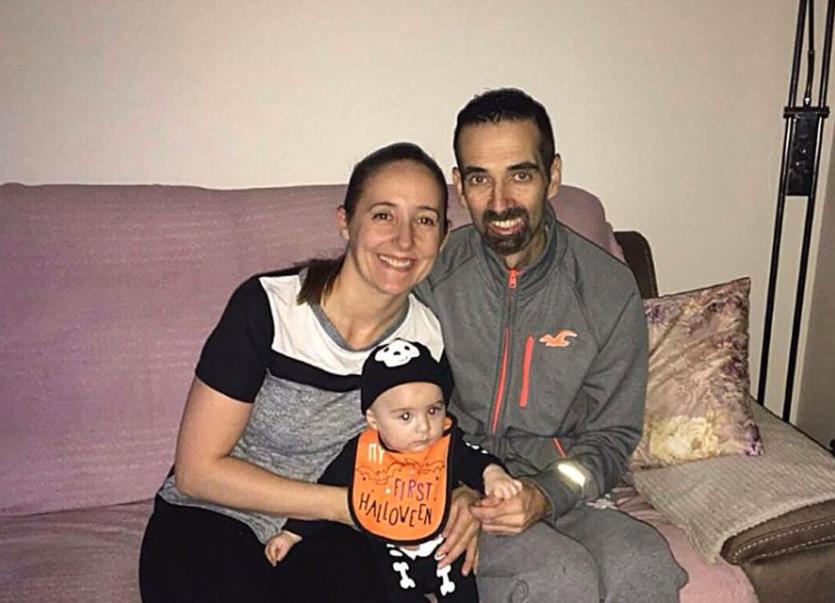 A Donegal man who was diagnosed with bowel cancer will travel to Vienna this Saturday with his brother, to avail of pioneering new treatment which could save his life.

A huge fundraising initiative was undertaken by the public to raise funds for Michael McGrath who reached out to the public via a gofundme campaign to appeal for help to raise the €150,000 for the vital treatment.

In his appeal on social media, Michael said: “I am swallowing my pride and reaching out to you for their sake, as I want Senán to grow up knowing his father.”
Many charity events have been organised to raise funds for the teacher. ‘A Captain’s Open Beer Mile’ is being organised by Letterkenny Athletic Club in aid of the Donegal Hospice and ‘A Future for Michael’ on December 22nd.
By yesterday evening, the gofundme campaign had raised over €74,000.
The Finn Valley College Christmas Variety Show has added another performance to their schedule to raise money for their former colleague. The variety show will take place on Saturday, December 16th at 2.30pm.
The well known Letterkenny musician, Martin Orr, has organised a charity music event in Voodoo in Letterkenny this Sunday where musicians will take to the stage and help raise funds for the campaign.
There are several other events being organised and information relating to them can be found on Facebook.
According to his brother, Anthony McGrath, Michael has been “completely overwhelmed by the public response and support at this time of year.”
He said the treatment is expected to be intensive and he and Michael may have to spend Christmas in Vienna, depending on how Michael reacts to the treatment.

To donate please go to: https://www.gofundme.com/a-future-for-michael