St. Eunan's class of 1968 to reunite after half a century in Donegal 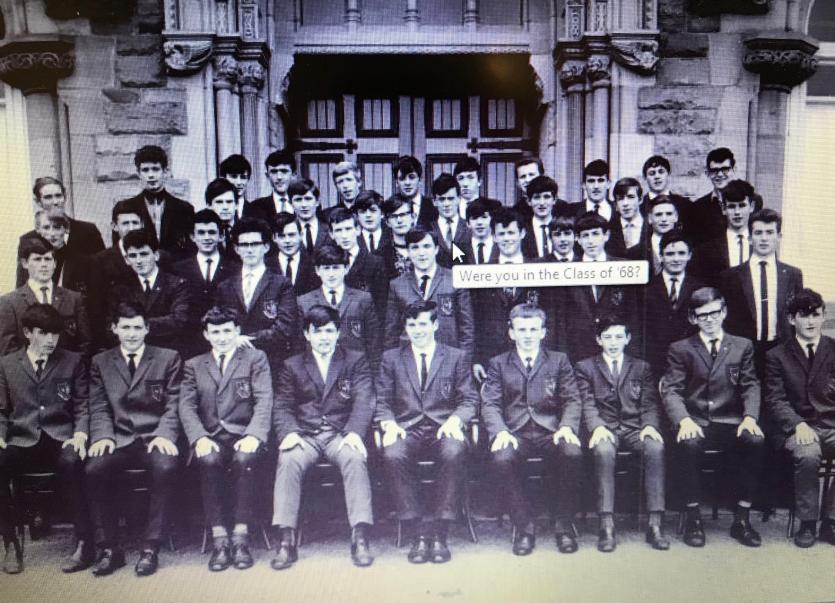 A 1968 graduate of St. Eunan’s College in Letterkenny has generated positive reaction with news that he wishes to organise a reunion with his former classmates.

The 1968 reunion will mark the fiftieth anniversary of their graduation.

Joe Strain of St. Eunan’s class of 1968 said that he is of the opinion that between 15 and 20 are certainly going to the upcoming reunion.  The class of ‘68 began their tenure at St. Eunan's college in 1963.
Originally from Devilmore, Carrigart and now living in County Louth, Joe returns to his native Donegal where he meets up with friends on a regular basis.
The former bank worker who attended the Letterkenny-based school said that he has “mixed memories” of his days in St. Eunan's Collge. There were 47 in the class.

Originally intending on spending only one year at the college, Joe won a scholarship, one thing led to another and he ended up spending five years there.
During a visit to Carrigart over a year ago, Joe asked some former classmates what their thoughts were on having a reunion for their class and he was greeted with positive reaction.
Joe said that many of those who attended the college failed to keep in touch with each other after they left the college and he is unsure where they are now.
Joe has many fond memories of Canon Dinny McGettigan who was present at the college when he was a student there.
“He was a saintly man if ever there was one,” Joe who was appointed prefect in ‘68 said.
Joe was appointed prefect and allowed to go down to Letterkenny town whenever he wished.

As a result of an article, which ran in the Donegal Democrat detailing the reunion, Joe has received emails and correspondence from as far afield as Germany.

The idea of the reunion came to the fore when Joe was on the phone to Hugh McClafferty from Downings.
Hugh told Joe that he should go ahead and organise a reunion and encouraged him to pursue the idea.
“They were a good class now, in fairness,” Joe said.

Joe hopes that when members of the class come together they can enjoy a nice meal and spend some time together recalling the days that they all spent together in the college.
A date for the event is yet to be organised.