Concern at collision risk at busy roundabout in Donegal town 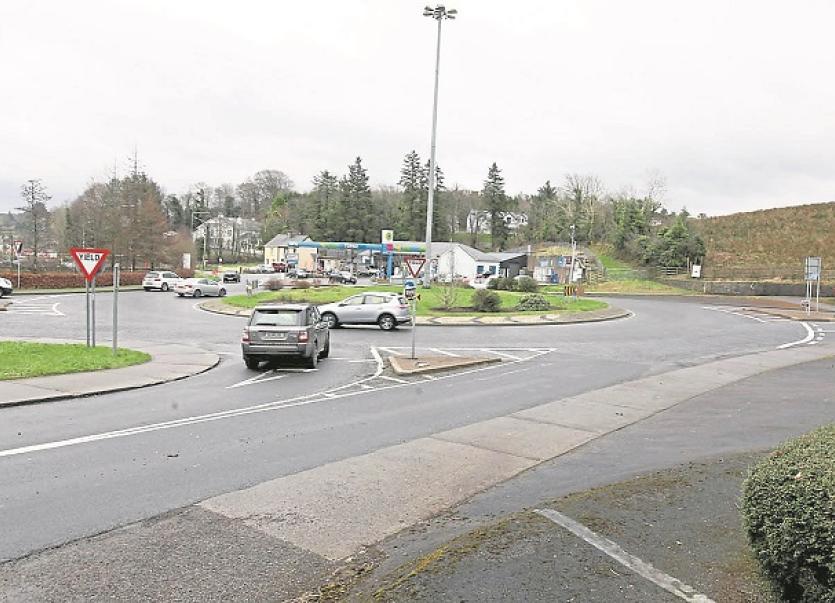 The Mullins N56 roundabout on the Donegal Town to Killybegs Road. INDD160118 TG2

A busy roundabout in Donegal town needs enhanced road markings if a serious accident is to be avoided, it has been claimed.
Concerns have been raised about the roundabout on the N56 close to the Mill Park Hotel on the road to Killybegs.
Independent councilor Niamh Kennedy raised the issue at the January meeting of the Donegal Municipal District.
She told the meeting that a serious accident is a possibility at the roundabout due to apparent confusion about which lanes motorists should be using.
She said motorist approaching the roundabout from Drumlonagher on the N56 were not sure what is the correct lane to use.
“What is the right lane to go on to when coming from Killybegs?” she asked.
The independent councillor suggested that markings should be put on the road to indicate to morotosts which lane to use.
“It is leading to mayhem and is causing a lot of problems. Is it possible to put down road markings for lanes to try and avoid collisions? It’s the simplest solution and it would avoid confusion about what lane you should be in.”